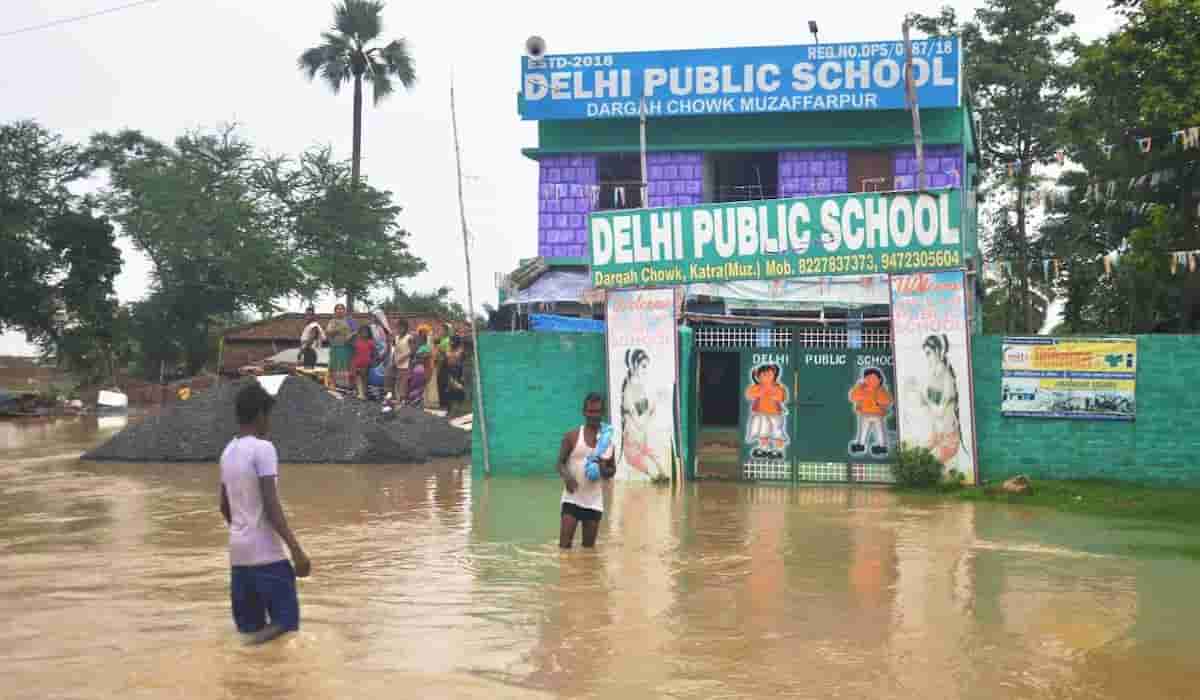 In the midst of intermittent rains for two days, flood like situation has emerged in Bihar. Many rivers of North Bihar are flowing above the red mark, and many are desperate to touch the danger mark. On Tuesday, River Kamala was 50 cm above the danger mark in Madhubani. Bagmati remained 39 cm above the red mark in Beniabad. On the other hand, the diversion of NH 104 between Jayanagar Ladnia a day ago, the rain water has not landed yet. Traffic is interrupted. Many villages of Muzaffarpur and Darbhanga are still surrounded by water. In the same way, there are many more.

In Muzaffarpur, there was a sudden decrease in the water level of Bagmati and people in Aurai and Katra felt relief. However, dozens of villages are still surrounded by water. The movement of villages along the embankment in Aurai and Katra is disrupted. Here people used the bridge of Chachari which has been washed away. Gandak’s water level is 53.30 meters at Rewaghat in Muzaffarpur.

Many Villages of Sitamarhi Drowned

On Tuesday, 103700 cusecs of water has been released from Valmikinagar Barrage into Gandak. Along with Gandak, the water level of Sikarahana and Pandai in West Champaran is also increasing. The Gandak is below the danger mark in East Champaran.