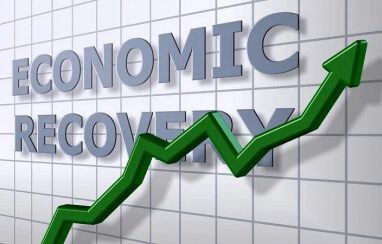 Five states in the country contributing 27% of nation’s gross domestic product, they are leading the recovery in the economy as the Indian economy slowly recovering from the world biggest lockdown, a study by Elara Securities Inc. Shows.

Punjab, Kerala, Tamil Nadu, Haryana and Karnataka have seen a pickup in activity, based on an analysis of indicators such as power consumption, traffic movement, the arrival of farm products at wholesale markets and Google mobility data, Garima Kapoor, an economist at Elara Securities in Mumbai, wrote in a note.

Some of the most industrialized states such as Maharashtra and Gujarat were trailing because of tough measures still in place to contain the COVID-19 pandemic, she said.

As per guideline issued by Ministry of Home Affairs, India will begin a phased lifting of the nationwide lockdown from June 8, allowing shopping malls, restaurants and place of worship to reopen in areas where virus infection are under control.

“The best stimulus India can have is resumption of normal economic activity,” Kapoor said. “The country is witnessing an improvement in activity but it remains sporadic.”

Kapoor examined Google search trends to see if consumers are shifting consumption patterns as they adapt to a “new way of life.”

The analysis showed there was pent-up demand for salon service, air conditioners, air travel, bikes, vacuum cleaners and washing machines. Searches associated with panic-buying when the lockdown was first announced – such as pharmacy and grocery stores and liquid soaps – have eased. Consumers haven’t given up looking for items such as earphones, hair oil, laptops, mobile phones, jewellery. Mops, toys and microwave ovens.

“We anticipate demand to persists in the upcoming months, as some are virus-related shifts in patterns,” Kapoor said.