Fire breaks out in Jogeshwari area of Mumbai

Fire breaks out in Jogeshwari area of Mumbai 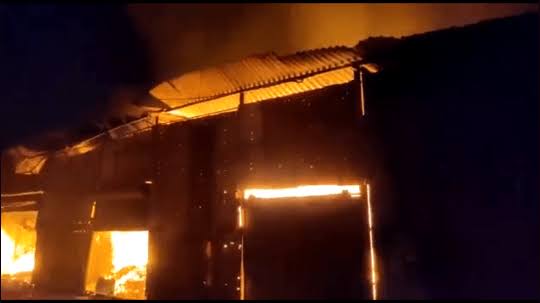 A fire broke out in a warehouse in Goregaon in Mumbai. At least 7 fire engines have reached the spot. Firemen are engaged in extinguishing the fire.

There are settlements and colonies nearby, but no casualty is reported in this arson. Firemen are engaged in extinguishing the fire.

It is being told that there was a blast in the chemical tank inside Somani Industrial Estate. Due to this, the fire erupted rapidly. The structure of many shops collapsed due to the fire. There is also a wedding hall, including a car’s service center and showroom, but they have not suffered much. Currently, a lot of control over the fire has been achieved, but the fire is not completely extinguished yet.