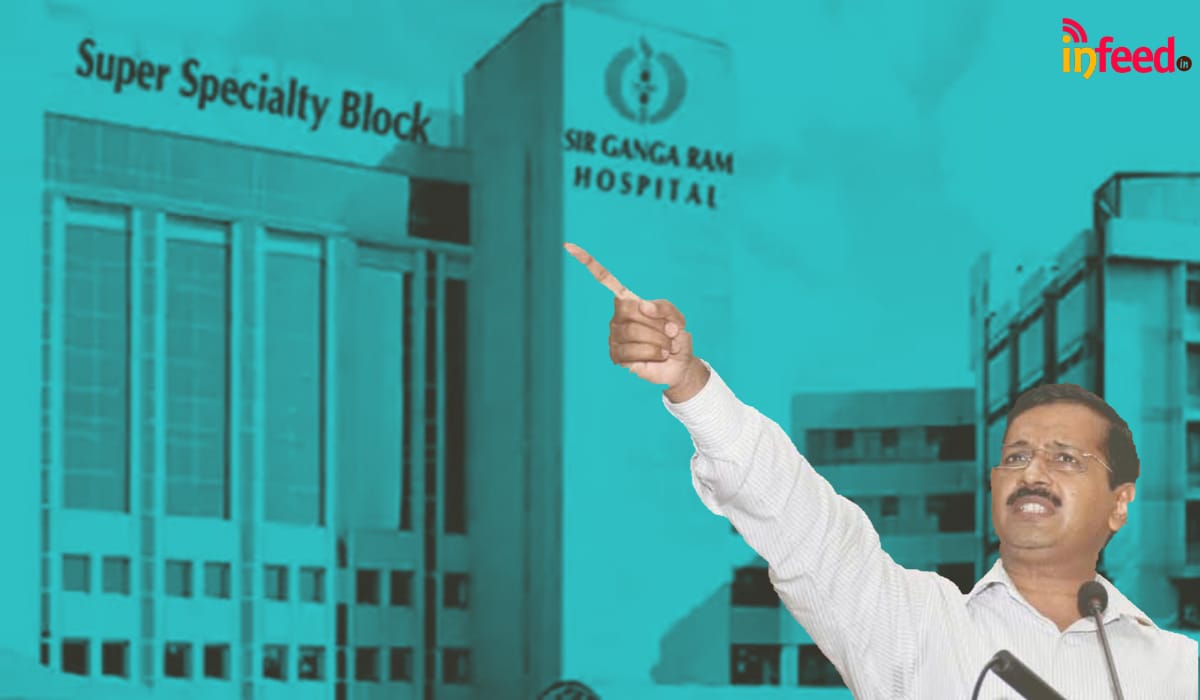 Police has filed a complaint against Delhi’s Sir Ganga Ram Hospital on the complaint of Delhi’s Arvind Kejriwal government. The Delhi government has accused the hospital of violating Corona standards. This complaint has been filed by a senior official of the Delhi Health Department.

Corona patients are being treated in this large private hospital in the capital Delhi. The officer alleged in the complaint that the instructions given under the Infectious Diseases Act 1897 are being violated by Ganga Ram Gospital. There is no response from the hospital management yet.

Today, Delhi Chief Minister Arvind Kejriwal had said that some hospitals in Delhi are black marketing the beds. Kejriwal warned of stern action against hospitals refusing to enroll Covid-19 patients and indulging in black marketing of beds. He said that his government is about to issue an order that hospitals cannot refuse to treat such patients.

Kejriwal said that the Delhi government will deploy a medical professional in all the hospitals, who will inform the beds available for corona virus patients on the official app and will work to ensure the recruitment of such patients. Kejriwal told in an online press conference that his government was going to issue an order that no hospital would refuse to admit patients suspected of Covid-19 and it would also be their responsibility to investigate and treat such patients.

Kejriwal said that most of the hospitals in Delhi are good but some are asking for money to provide beds. It is nothing but black marketing. He said, “We will take strict action against such hospitals and they cannot refuse to recruit patients.” It will take some time to eliminate the mafia involved. Some such hospitals have political reach but they should not forget that their political masters will save them.