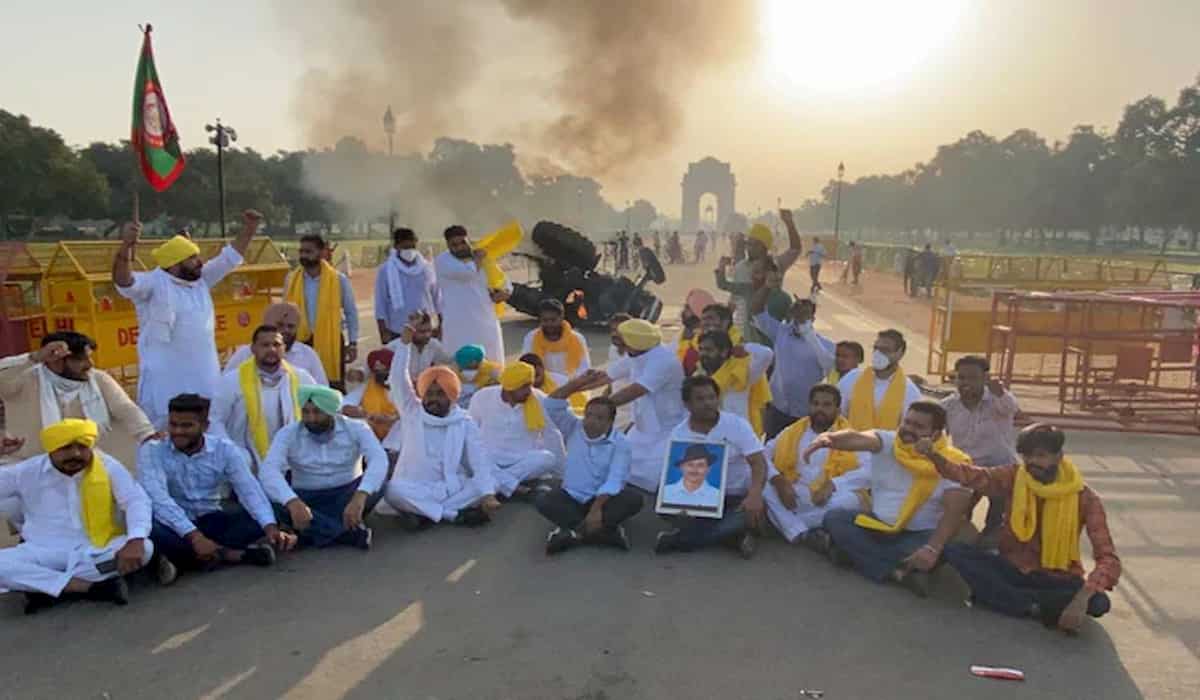 They shouted slogans after setting fire to the tractor. According to the police, the Congress party was raising slogans of Zindabad. The fire department extinguished the tractor’s fire, now the police are trying to gather information about who these people were. Let it be said that farmers are protesting against the Kisan Bill in the whole country.

On Sunday too, farmers and political parties in many parts of the country demonstrated fiercely against the agricultural law. Let us know that President Ram Nath Kovind approved three agricultural bills on Sunday. According to the Gazette notification, the President approved three Bills. These bills are – 1) Farmer Produce Trade and Commerce (Promotion and Facilitation) Bill, 2020, 2) Farmers (Empowerment and Protection) Price Assurance Contracts and Agricultural Services Bill, 2020 and 3) Essential Commodities (Amendment) Bill, 2020