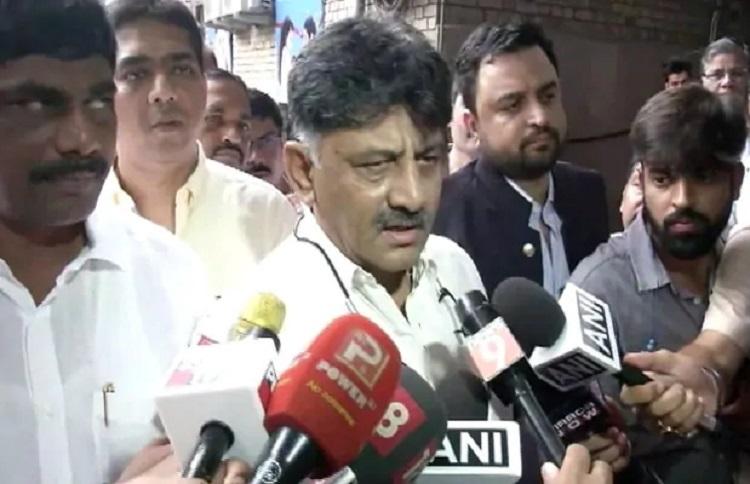 The ED has grilled Shivakumar since Saturday, when he was first taken into custody. The investigating officer of the case had grilled the Congress leader for more than four hours on Friday and about eight hours on Saturday as part of the probe.

The Congress leader needs to be put through custodial interrogation and hence was arrested, said officials. Shivakumar will be produced before a court here on Wednesday where the ED will seek his custody, they added.

The former Karnataka cabinet minister’s statement was earlier recorded during the last two occasions under the Prevention of Money Laundering Act (PMLA).

The Congress has accused the BJP government of practising “vendetta politics” in Shivakumar’s case. Party spokesperson and former MP VS Ugrappa claimed that Shivakumar has not not committed any economic offence as has been portrayed.

While making his first appearance before the ED in New Delhi on August 30, the MLA from the Kanakapura assembly seat had said he would cooperate with the probe agency in the probe.

“It is my duty (to appear)…. I have to respect the law. We are lawmakers and law abiding citizens. They (ED) have summoned me…. I don’t know why they have called me under Prevention of Money Laundering Act (PMLA),” he had told reporters outside the ED office. “But let me see and hear them. I am ready to face them (ED).”

Shivakumar had to appear before the agency after the Karnataka High Court on Thursday dismissed his petition challenging the summons issued to him by the ED.

Shivakumar had denied any wrongdoing and had said that his being “instrumental role” in ensuring safe stay of Gujarat Congress MLAs in a Karnataka resort during the Rajya Sabha polls in 2017, amid allegations that the BJP was trying to poach them, was the reason for the I-T searches and subsequent ED action against him.

The central agency had in September last year registered a money laundering case against Shivakumar, Haumanthaiah, an employee at Karnataka Bhavan in New Delhi, and others.

The ED case has been filed based on a charge sheet (prosecution complaint) filed by the Income Tax Department against him last year before a special court in Bengaluru on charges of alleged tax evasion and hawala transactions worth crores.

The I-T department has accused Shivakumar and his associate SK Sharma of transporting huge amount of unaccounted cash on a regular basis through ‘hawala’ channels with the help of three other accused.