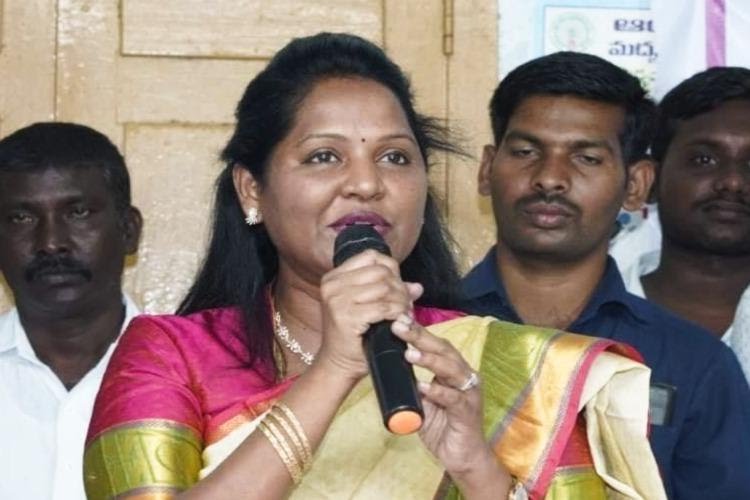 Caste-based discrimination against Dalits, notwithstanding their stature, wealth or power, is not a thing of the past but a continuing atrocity against the community. In a shocking incident that took place on Monday, an elected representative from Tadikonda in Andhra Pradesh, Dr Vundavalli Sridevi, allegedly faced a torrent of casteist abuses for ‘polluting’ a Ganesh deity.

Sridevi, a practising doctor and member of the YSRCP, is from the Madiga community that is categorised as Scheduled Caste in the state.

On Monday, the MLA had attended the death anniversary event of former CM YS Rajasekhar Reddy in Anantavaram village, Thullur mandal, Guntur. On seeing the MLA, the villagers had invited her to visit the Ganesh pandal that was erected in the village. However, seeing the MLA worship the deity, a man identified as Kommineni Sivaiah from the “upper caste” Chowdary community took offence and allegedly hurled casteist abuses and said “who allowed this Madiga to partake in the pooja, this place will get polluted,” as per the police FIR.

The remarks triggered a clash between the MLA’s supporters and the accused, which was controlled after police intervention.

Recalling the incident, Sridevi addressing the media on Tuesday said, “For the first time I faced caste discrimination, that too in the capital region.” The accused belong to the rival Telugu Desam Party (TDP), Sridevi said.

Sridevi alleged that the Chandrababu Naidu led TDP is casteist in nature with several of its MLAs, including Naidu, making distasteful casteist comments against Dalits in the past.

According to Thullur Circle Inspector MV Subba Rao, Sivaiah was in a drunken state and made casteist remarks against the MLA when she offered a coconut to the deity. Besides Sivaiah, several of his family members had allegedly humiliated the MLA.

Following the incident, a police case was registered against the accused under sections 509 (Word, gesture or act intended to insult the modesty of a woman), 294 (Obscene acts and songs) read with 34 (Acts done by several persons in furtherance of common intention), and under the Scheduled Caste and Scheduled Tribe (Prevention of Atrocities) Act, 1989.

Appallingly, this is not the first time that a Dalit MLA had to face this kind of caste-based humiliation at a Ganesh pandal. Last year, former minister Ravela Kishore, who was then with the TDP, was subjected to similar humiliation by his own party members when he went to a Ganesh pandal in Mutluru, Vatticheruku in Guntur. The minister subsequently quit the party alleging caste discrimination.