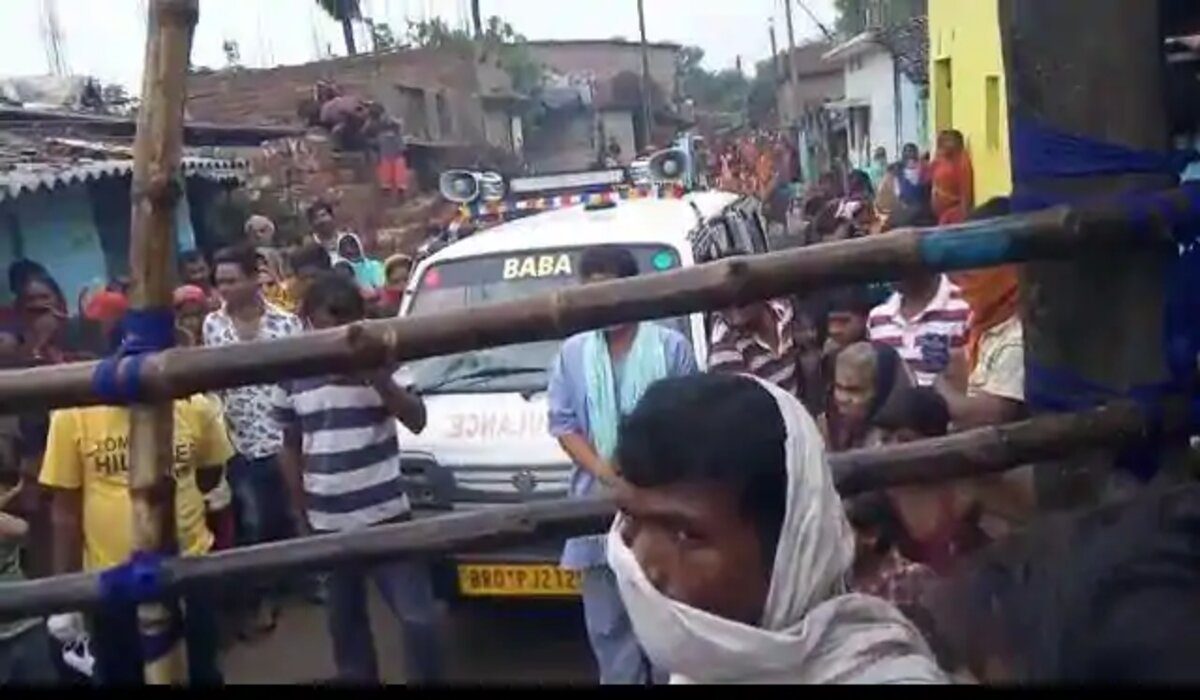 The joy of defeating Corona came to dominate the state level leader of the BJP so much that he forgot that due to Corona in Bihar, there is still a lockdown and he broke the social distancing house with a band in the midst of supporters. When the dispute caught fire, the district administration has filed a lockdown violation case.

In fact, state level BJP leader Corona of Begusarai district got infected. He was admitted to Patna in critical condition. He was discharged from the hospital on Sunday when he was honored at his residence in Chilhay Panchayat of North Teghra in the block. They brought the villagers home with a band instrument. In the meantime, Netaji and his supporters were seen flaunting the social distance by keeping all the rules of lockdown under control.

The district administration swung into action when the dispute broke. Teghra SDO Dr Nishant has ordered an inquiry into the entire incident. The video of the incident went viral when the officials showed promptness and investigated the entire case and registered a case of lockdown violation. Around 15 other people involved in the incident have also been named. A case has been registered against 25 unidentified people. Meanwhile, many villagers alleged that they spread the corona first and are being honored by their supporters. Eight people who came in contact with the leader are still corona infected. He has been quarantined home.

Station Head Himanshu Kumar said that three of the infected persons were also with him when his supporters were taking him home with Band Baja. This allowed him to remain involved in the program regardless of increasing infection. The police station said that the entire area was sealed, but the leader himself and his supporters broke the siege with bamboo bat and entered the restricted area. The incident has caused panic in the BJP camp. Significantly, they came in contact and Covid-19 of BJP was found positive.