Do Bamdev Gautam want to replace Oli as PM of Nepal?

Do Bamdev Gautam want to replace Oli as PM of Nepal? 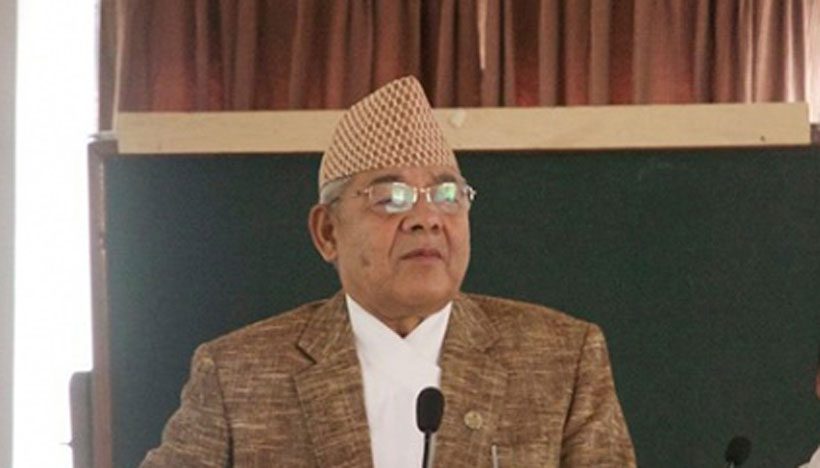 Will be nominated member of National Assembly
Party vice-president Bamdev Gautam was a strong contender for the post of Prime Minister from the party till two years ago. There was a constant voice from within the party that Bamdev Gautam should get important responsibility in power and for this the party should find some way out. Now the party has last week approved the proposal to nominate Bamdev Gautam as the nominated member of the National Assembly and has decided to bring him in the House in place of current Finance Minister Yuvraj Khatiwada.

Role in uniting CPN-UML
On 17 May 2018, when Nepal’s two communist parties – CPN-UML and CPN (Maoist Center) merged and the Nepali Communist Party was formed, the condition was laid that for the first three years, Nepal’s Prime Minister KP Sharma Oli will remain, later this responsibility will be given to Pushpakmal Dahal Prachanda. Bamdev Gautam played a very big role in uniting the two communist parties.

Actually, the internal struggle started in Nepal after the restoration of democracy and Prachanda became the Prime Minister. A voice was raised against Prachanda’s leadership and later Prachanda faction broke the party by forming CPN (Maoist Center). Nepali Congress took advantage of this. Eventually by 2017, the communists felt the need to be one again.

Gautam is at number five in the party
But the war of power is such that the Bamdev Gautam group again started dominating the party. There was pressure on the government that Bamdev Gautam should be in the government somehow. A faction of the party believes that Bamdev wants to become Prime Minister instead of Gautam Oli. A leader close to Gautam says that he is a very important figure in the party and in seniority he is the fifth major leader of the party. He never hid his wish that he wanted to become Prime Minister.