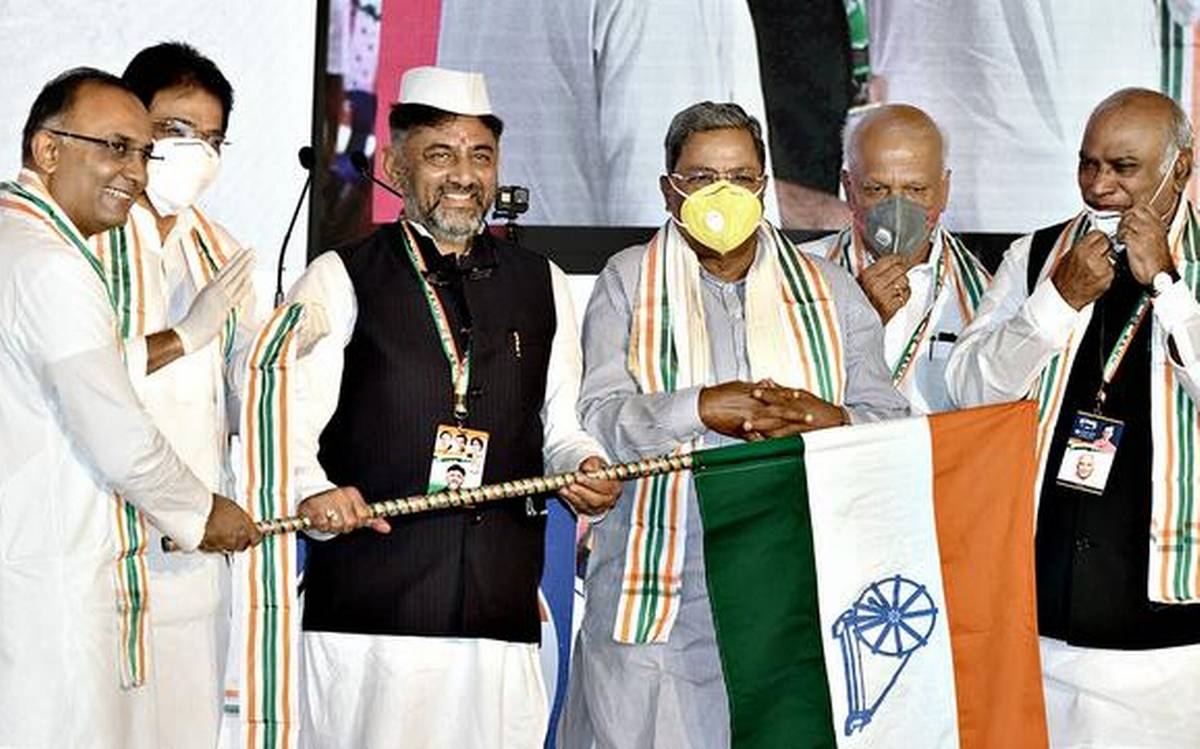 DK Shivakumar officially took charge as the president of the Karnataka Pradesh Congress Committee (KPCC) on Thursday, in a grand event that was streamed live for party leaders and cadres across the state.

The oath-taking ceremony or ‘Prathigna Dina’ that took place at the new KPCC office at the Queens Road in Bengaluru central had just 150 party leaders in attendance.

However, to reach out to its party workers up to the grassroots level, the Congress, for the first time, decided to use technology in a big way and live-streamed the event to 7, 831 locations in the state through 12,000 LEDs placed in 6,608 panchayats, 30,000 Zoom platforms, Facebook, Youtube, Twitter live. There was also a telecast of the event in regional TV channels across the state.

According to people in the Congress, the event reached more than 50 lakh people.

A former minister and the incumbent Kanakapura MLA, Shivakumar was appointed KPCC president on March 11, when he replaced Dinesh Gundu Rao who had resigned after Congress’ dismal performance in the bypolls held in 15 constituencies in November 2019.

Shivakumar took over as president along with Eshwar Khandre, Salim Ahmed, and Satish Jarkiholi who took charge as KPCC presidents.

Stressing on bringing the party back at the helm in Karnataka and the Centre, the new KPCC chief said: “This is a historic day for me, workers of the Congress and to the people of Karnataka. I will always remain a party worker even if I am the president. When I was in jail, Congress chief Sonia Gandhi and all my party leaders gave me strength and stood behind me. I stand here as a result of that support. I believe in collective leadership.”