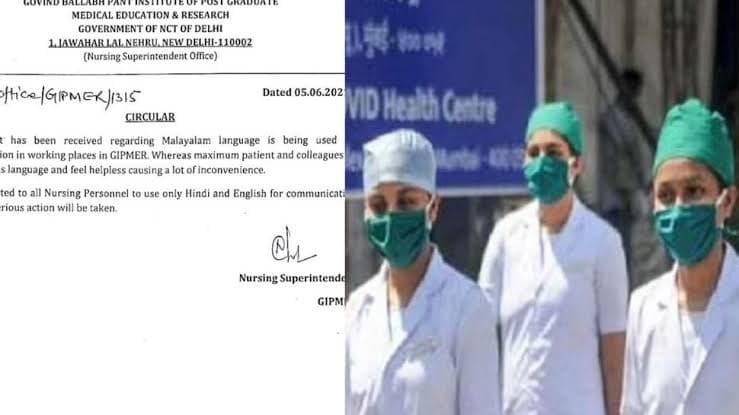 In what could be seen as a disgusting and regressive move, the government of NCT of Delhi issued a circular stating that nurses should not speak in Malayalam in the hospital and only speak in Hindi or English.

The circular was issued after a patient complained against a nurse in an hospital for speaking in Malayalam to her colleagues. Facing a backlash against the circular, people from all over India hit out against this bizzare diktat.

Calling to stop language discrimination, Congress leader Rahul Gandhi in a tweet said Malayalam is as Indian as any other Indian language.

People from all walks of life condemned the regressive move and have called for a rollback of the announcement and apology to the Malayalam speaking people.

The BJP and the AAP government in Delhi have been caught on the wrong foot here with this regressive move. The BJP has been trying to impose Hindi through its new education policy that faced a backlash from the southern states earlier.

Unless and until this language discrimination stops all this bogey about cooperative federalism that the parties like BJP and AAP preach will not meet the desired objective of cooperation between states and the centre.