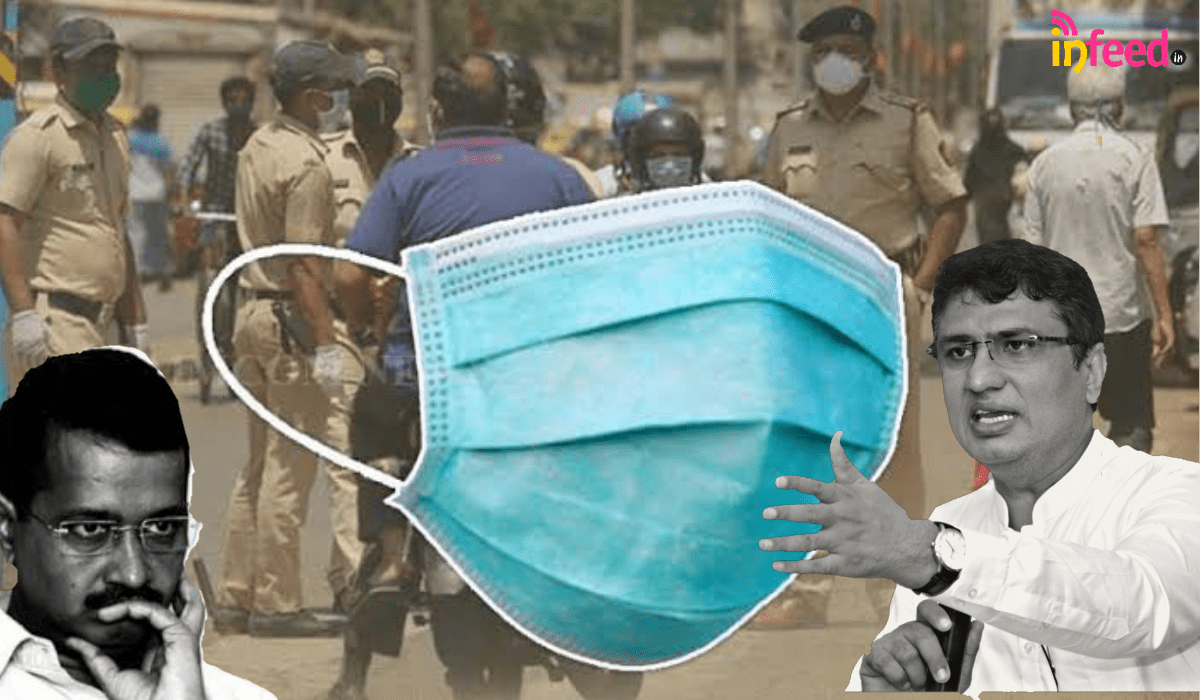 In fact, on Thursday, the Delhi High Court had rapped the AAP government, asking it if it could explain to those who had lost their near and dear ones to COVID-19 in the last 18 days why the administration did not take steps when cases were spiraling in the city.

A bench of Justices Hima Kohli and Subramanonium Prasad had asked why did the Delhi government wait till the court intervened to take steps such as reducing the number of people attending weddings to 50 to prevent the spread of COVID-19. However, this too is problematic. As 50 will include catering people, priest, groom and bride, cameraman , and waitor too, totally unfair for joint or families bigger in numbers. So how will the celebration take place properly?

Delhi Congress chief Anil Chaudhary said that this fine should be immediately withdrawn as it will increase corruption.

Fining the middle class by such a surplus amount, on the pretext of “controlling” the rise of cases of a deadly virus, exposes nothing but the lamentable desire to scam the indigents. Who can guarantee that the defaulter will not bargain?

DPCC Chief Mr.Anil Chaudhary further went on to mention, “This fine when people do not have jobs indicate that perhaps he’s short of funds for his advertising.”, which again highlights the Kejriwal government’s questionable intentions, and even goes on to expose the uncertain and immature planning and management.

What Delhi needs is the identification of the hotspots via testing, then lockdown in sensitive zones, and treatment of coronavirus patients with extreme care so that the virus doesn’t come back to him or her yet again. Delhi Congress, too agrees to this.

There’s clearly no other benefit except for increment of purchasing power of the emperor of Delhi.