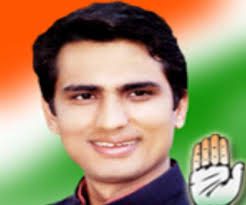 The Congress had a terrible defeat in its last election in Delhi. While it was written off by people in the media and other political experts, that there’s no possible way of Congress coming back, Congress has given checkmate to the AAP party of Delhi.

The latest example of it having reformed itself is the act of helping a deceased journalist’s family, under their flagship program of ‘Congress Care’. Journalist Tarun Sisodia (worked in Dainik Bhaskar) died by suicide last Monday, leaving his family and loved ones, shattered and in a state of uncertainty.

He was even going through COVID – 19 treatment on AIIMS. It is suspected that in fear of job loss and economic hassle, he decided to take such a drastic step. In such a situation, the Delhi Congress decided to come forward. The party ran a two-day fundraising campaign to help the family of the deceased journalist, financially. Perhaps, the campaign was quite successful and help was poured from all parts of the country. The DPCC President, Anil Chaudhary himself contributed 30,000 rupees.

Congress which was repeatedly accused of not being active in-ground, and focusing “too much” in Social Media, has started doing several protests too. From foreign intrusion to price hike, Delhi Congress has been seen protesting every other day, led by Indian Youth Congress, President, Srinivas BV. In fact, in their last protest against atrocities happening in Uttar Pradesh, Srinivas BV was arrested. Even Anil Chaudhary, DPCC president has served jail previously for allegedly breaking lockdown norms, while in interaction with migrants with Rahul Gandhi.

On 30th March, Delhi Congress started their very own community kitchen called “Congress Ki Rasoi” in every district where the poor & needy will be provided cooked food. Various office bearers, volunteers and Anil Chaudhary were seen distributing cooked food to the migrant masses who have been subjugated to hunger and other financial hassles in this lockdown.

“This is the 95th kitchen opened today at Party office. Besides this, on the directions of party president Sonia Gandhi and Rahul Gandhi, 94 kitchens are already operating from day one of the lockdown,” PCC President Anil Chaudhry said while speaking to news agency ANI.

“Earlier, we were giving dry ration to the needy people and now we are serving cooked food to 50 thousand people on a daily basis across Delhi through our kitchen, and we will continue to serve food till the lockdown,” he further added. And his also come to our notice, that approximately 2000 people are fed on a daily basis, under this flagship program of ” Congress Ki Ras. “.

Delhi Congress earlier was even seen helping the migrant workers reaching homes, and having nursed the injured victims, of the tragedy., Delhi Congress even decided to involve Rajasthan CM, Ashok Gehlot in their welfare activities. Considering the Covid-19 emergencies in neighbouring states, chief minister Ashok Gehlot offered to provide 5,00COVIDid tests daily to few states, which involved Delhi too.

It is no secret that there has been a spike in the number COVID – 19 cases, in Delhi, having a considerable shortage of beds, with the AAP party being silent over it, even though it has alleged that the government in Delhi is not allowing testing to take place, in order hide the current situation from the eyes of the public.

Delhi Congress has even recently even brought in many youngsters in their loop. In its recent press release of appointing new office bearers, it was seen by us. Perhaps, leaders of Delhi Congress (for instance, Shaktisinh Gohil) have done various interactions with the youth of Delhi and India, via video conferencing during this lockdown. Has Congress decided to replicate the power of the youth? Are they doing enough to empower the youth? These are some questions whose answers, are expected to be seen soon.

In a county, where elections have become mere rituals, and during a pandemic a vaccine is having to meet the deadline of the Prime Minister’s Independence Day speech; the opposition is the only hope left in the nation. If it has finally decided to get itself revived not only nationally, but regionally too, then its a good news for democracy. The revival of Delhi Congress and their activities of welfare is helping in boosting the image of Congress at a national level too. It being a national capital is an added advantage, as well.