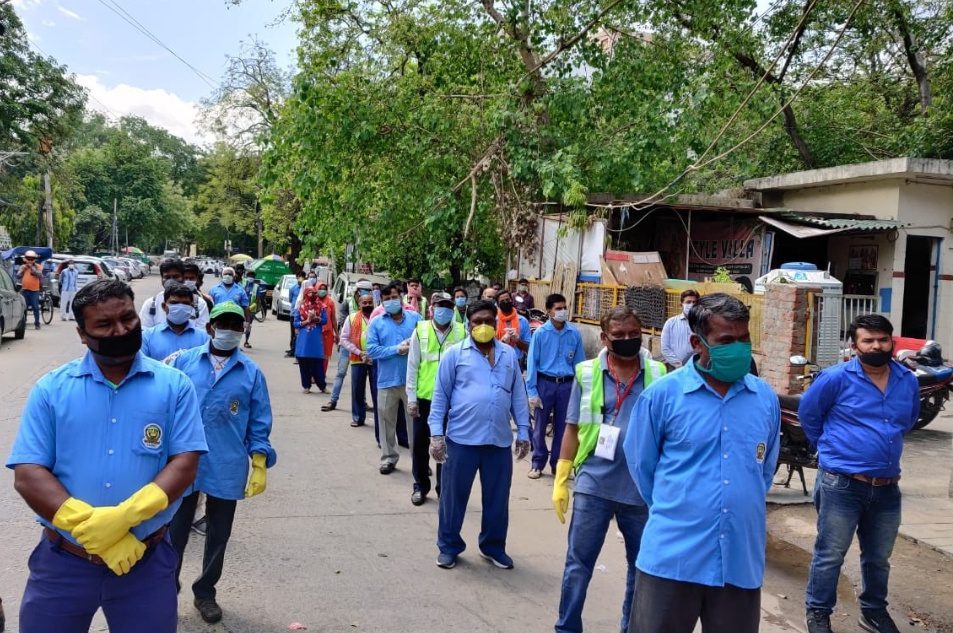 Delhi Congress Leader, Abhishek Dutt, has started a movement for the rights of thousands of MCD sanitation workers in the national Capital, who are fighting against the life-threatening Covid-19 outbreak. Abhishek Dutt, who is DPCC Vice President, has officially written to the Kejriwal Government to include all municipal corporation staff under Delhi Government Scheme, where they promised to give a compensation of Rs 1 crore to the kin of sanitation workers, doctors at hospitals, lab technicians in case they die during attending the corona virus patients.

Dutt, also mentioned that in the absence of protective equipments, these workers have become vulnerable infection & thus, the state government should also distribute necessary safety kits to these front line warriors.

A two-time councillor of the South Delhi Municipal Corporation from Congress, Abhishek Dutt, is a familiar face in the Kasturba Nagar constituency and since the announcement of the lockdown, locals say he is seen regularly distributing food to serve people in distress.

While the Congress may not have any share in the seats in Delhi Assembly, Mr. Dutt is no stranger to working from the opposition benches. Despite sitting in the opposition, Mr. Dutt has managed to develop his ward considerably & he strongly believe that “It’s a challenge that we have got to face together”.