In an obscure move, the suspended Jammu and Kashmir Police officer, Davinder Singh has been granted bail in terror case as Delhi Police failed to file charge sheet in time.

Davinder Singh, the two Hizb terrorists and one OGW, including Hizb operations commander Naveed Babu, alias Syed Naveed, were arrested on January 11, 2020 near Qazigund, on the Srinagar-Jammu highway. A large quantity of arms and ammunition were also recovered from the house of Singh in Srinagar, right next to the Army’s XV corps headquarters at Badami Bagh cantonment, where he had sheltered the trio before leaving for Jammu.

Later, after the links of Davinder being found with BJP sarpanch, NIA had carried out several raids including the house of BJP sarpanch Tariq Ahmad Mir at Maldarpora, in South Kashmir’s Shopian district. 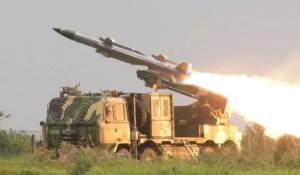