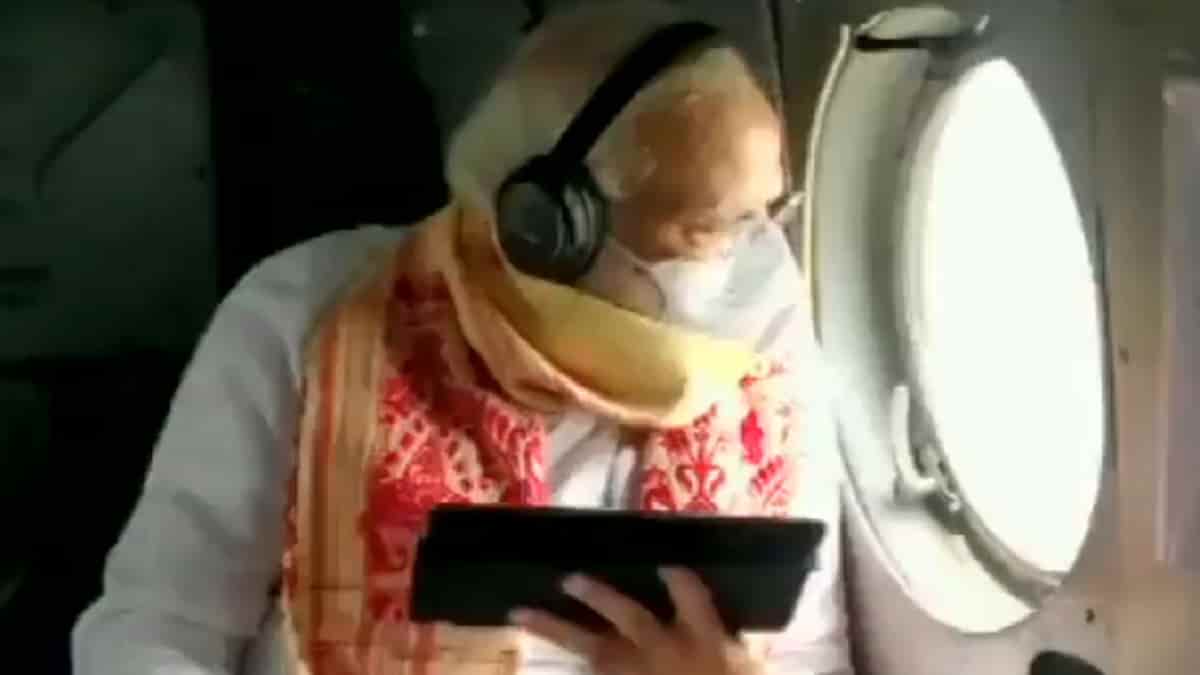 PM Modi arrived in West Bengal on Friday to take stock of the situation arising out of cyclone Amphan. Here he made an aerial survey of the affected areas of the state. During this time he was accompanied by CM Mamata Banerjee. He then held a review meeting with the CM and officials and announced a thousand crore rupees package to help the state. The Prime Minister said that the state and central government are with the people affected by the Amphan.

In Basirhat, the Prime Minister said, ‘In view of Amphan, the Central Government allocates Rs 1000 crore for the immediate assistance of West Bengal. I assure my brothers and sisters in West Bengal that the entire country stands with you in this difficult time. A team will be sent by the central government to conduct a detailed survey on the current situation in the affected areas and the damage caused by the Amphan.

He said, ‘All aspects related to rehabilitation and reconstruction will be taken care of. We all want Bengal to move forward. Two lakh rupees to the families of those who died due to the Amphan cyclone in West Bengal and a sum of Rs 50 thousand to each of the seriously injured.

The Prime Minister said that in the month of May, the country was busy in elections and at that time we faced a cyclone which damaged Odisha. Now after one year this cyclone (Amphan) has affected our coastal areas. People of West Bengal have been the most affected due to this.

Regarding the corona virus, Prime Minister Modi said that while social distance is required to deal with Covid-19, people need to go to safe areas to avoid the Amphan cyclone. Despite these contradictions, West Bengal, under the leadership of Mamata, is fighting it well. We are with them in this adverse time.

80 people died in West Bengal due to Cyclone Amphan

The death toll due to cyclonic storm Amphan has increased to 80 in West Bengal. Chief Minister Mamata Banerjee gave the information today.