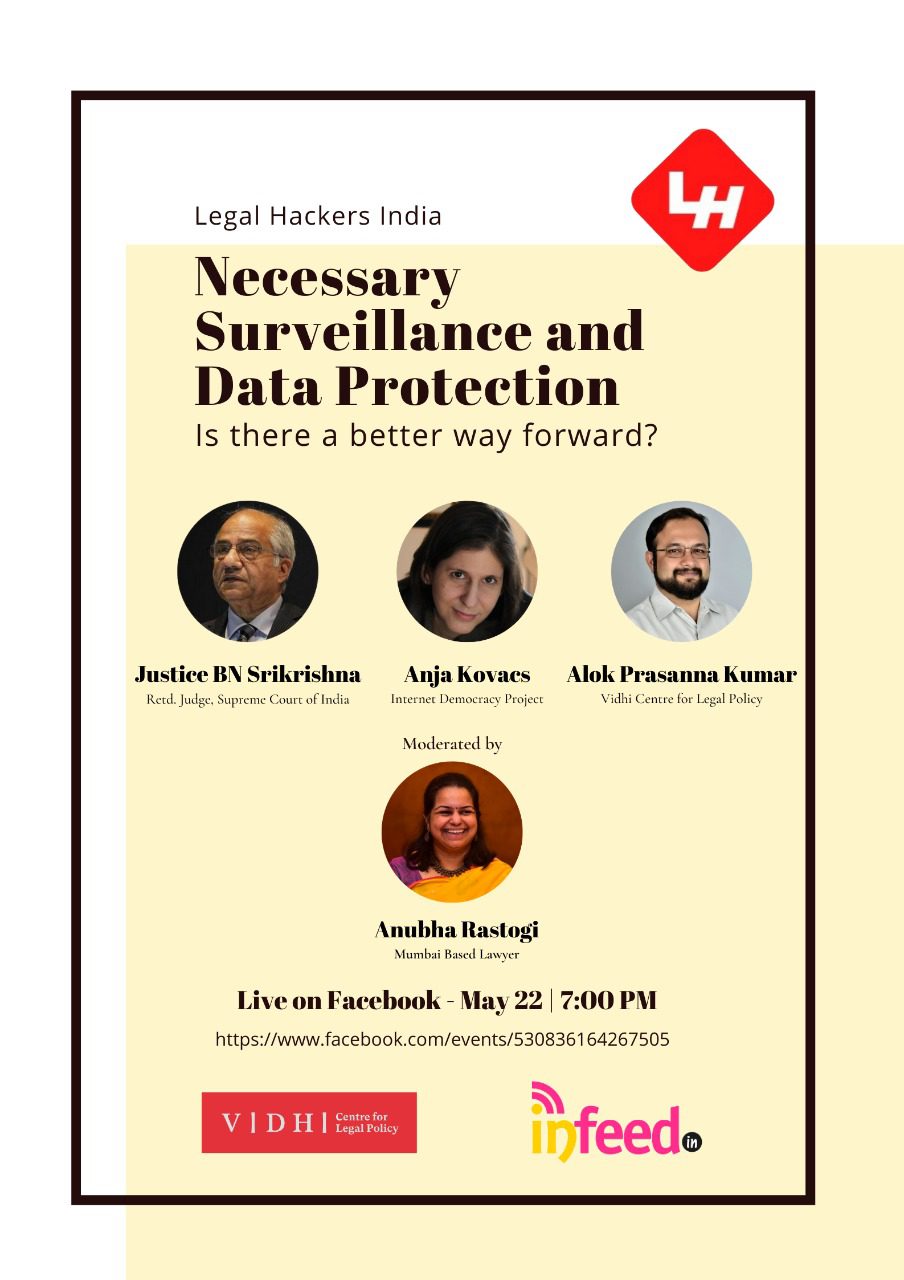 There had been no other time in the country that citizens were so worried about Data Secrecy as they are now. India, the world’s largest democracy, is also among the biggest surveillance states. As per the research done by UK firm Compritech, India ranks behind only to Russia and China when it comes to surveilling citizens. As per the research, India scored 2.4 out of 5, indicating a “systemic failure to maintain (privacy) safeguards.”

From the news of Aadhar data leak to data protection bill, whatsapp snooping and now Aarogya Setu App, on which question mark has been put up by various people of national and international recognition.

While data seems intuitive to people, its legal codification and protection is a complex task. The Supreme Court of India has, intermittently and unconvincingly, recognised a limited right to privacy in certain situations. Recent debates on privacy focus primarily on two areas: surveillance, and data protection. The interception of communications – phone calls, emails, and letters, – which is a type of surveillance, is statutorily regulated in India in an uneven way. A colonial law permits and regulates wiretaps in India. A derivative law governs emails and electronic communications. Both these laws suffer serious shortcomings. Indian law permits executive authorisations – by bureaucrats – of wiretaps without an independent audit and oversight mechanism. No legal provisions exist to redress improper wiretaps or information leaks – the Radia tapes controversy illustrates this.

As the world deals with the COVID- 19 pandemic, ensuring safeguards to curb its spread, it has become of utmost importance to question how the government is dealing with personal, sensitive data. Given the seriousness of the disease, the question of data may seem like a futile one. However, with news about the racism the pandemic has brought about, and the conditions of quarantines, it is perhaps worth thinking what the government actually does with our data.

Legal Hackers India is organizing a talk via social media platform, facebook on the topic Necessary Surveillance and Data Protection – Is there a better way forward? today at 7 PM. The talk will be addressed by Justice BN Srikrishna, Retd Judge – Supreme Court, Anja Kovacs, who works on Internet Democracy Project, Mr Alok Prasanna Kumar from Vidhi Centre for Legal Policy. The event is going to be moderated by Mumbai based renowned lawyer Ms. Anubha Rastogi.