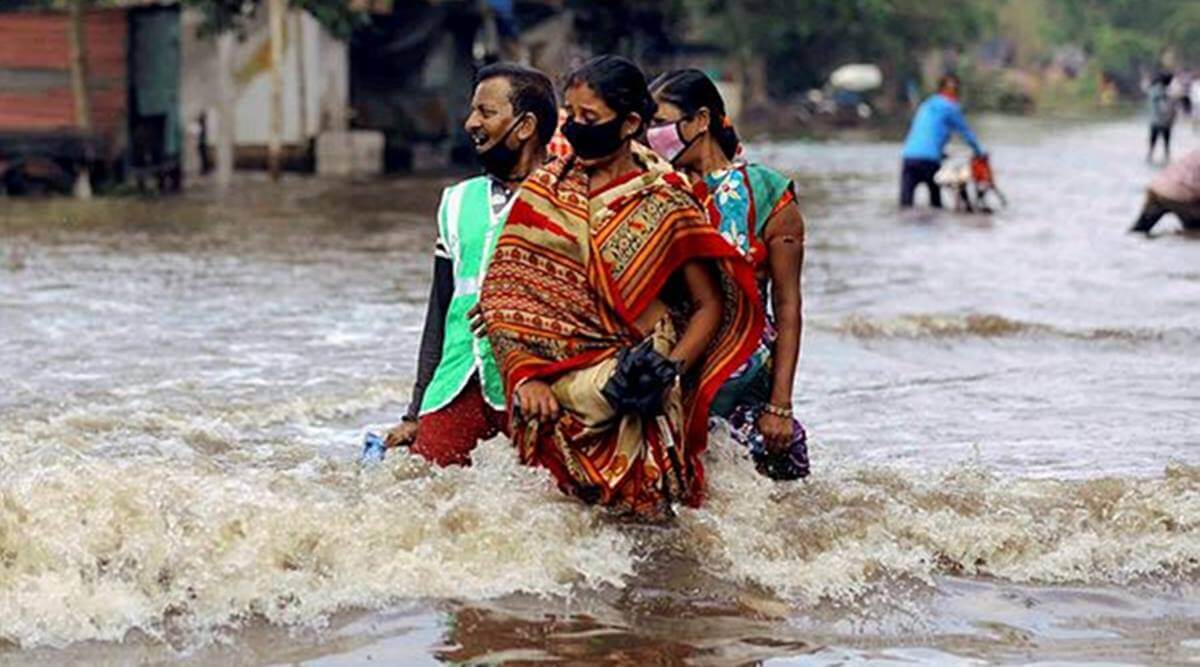 The West Bengal government, which is suffering from the devastation caused by cyclone ‘Amhpan‘, has asked the Railway Board not to send any labor special trains to the state till at least 26 May. Meanwhile, angry people staged protests in various areas of North and South 24-Parganas districts on Saturday due to the power supply being disrupted for the last three days. Meanwhile, the death toll from the storm has increased to 87.

Police sources said an angry mob set fire to a police car in Titagarh in North 24-Parganas district. Police had to lathi-charge to disperse the crowd there. 72 hours after the storm, normal life in Kolkata is almost at a standstill. Due to the overthrow of more than five thousand trees and electric poles in the metropolis, many areas have no electricity for three days.

As a result, there has also been a shortage of water. Angry people have started protests and violence everywhere. Police also had to lathi-charge to disperse the crowd at some places on Saturday. Keeping in mind the devastation of the storm, CM Mamta Banerjee has appealed to the people to be patient.

Chief Minister Mamata Banerjee has said that 60 percent of the state’s population has been affected by the cyclone. He said that about 1.5 crore people have been directly affected due to the storm and 10 lakh houses have been destroyed. It is a time of crisis. People should be patient and there should be no politics on this issue.

The Government of Bengal has sought assistance from the Army, Railways and Port Trust to recover essential services after the devastation caused by the cyclone. The Home Department said in its tweet on Saturday that the government has given its full strength to restore essential services. For this, assistance has been sought from the army. The government announced this after protests and violence on Saturday in various parts of the state demanding electricity and water supply.

Police on Saturday barred state BJP president Dilip Ghosh from visiting the storm-hit areas of South 24-Parganas district. There was an argument between Ghosh and the policemen on this issue. Ghosh threatened to picket on the spot. Ghosh was going to distribute relief material. But the police said that due to the ongoing lockdown caused by Corona, permission for visiting the other district is necessary.