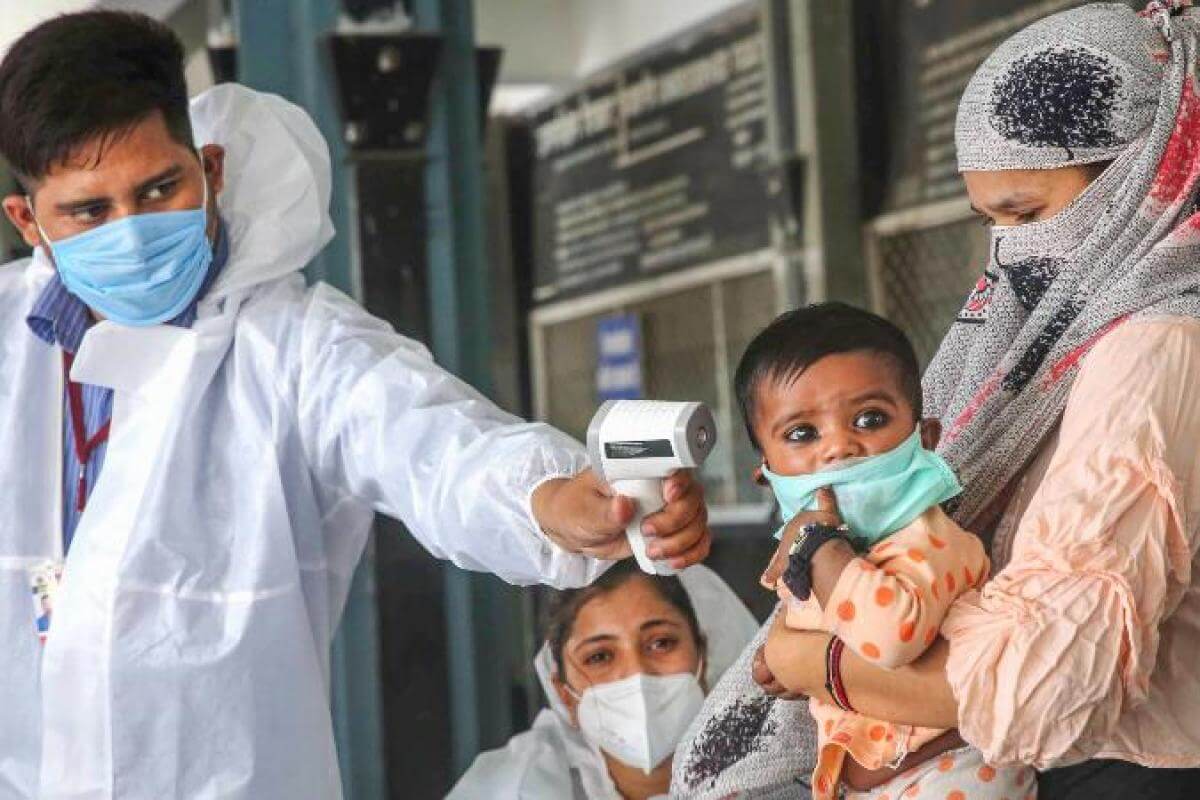 In India, the total number of infected people has reached close to 1.30 lakh with the arrival of about six thousand new patients of Covid-19 on Saturday. In the last one month, more than one lakh people got infected and more than three thousand people died due to this. According to data received from various states and union territories, new cases have increased this week and an average of 5,500 new cases are being reported daily and 160 people are dying.

The first case of Covid-19 has been reported in Sikkim. The 25-year-old student who returned from Delhi has been confirmed to be infected with the corona virus. A senior official said that the first case of infection with corona virus in India came on 30 January but since then Sikkim was completely free from its infection.

Cases of infection with the corona virus are also reported among those coming by special flights to bring stranded Indians to various countries. In view of this, many states have conveyed their concerns about the possibility of increasing infection from domestic airlines starting for common people on Monday.

Union Civil Aviation Minister Hardeep Puri said that some states want to postpone the date of resumption of flights, but we had foreseen some such apprehensions and the central government will try to address their concerns. He said a significant number of international flights should be restored before August.

According to the information given by the Union Health Ministry on Saturday (May 23) morning, a record 6,654 new cases of corona virus were reported in the country in the last 24 hours (from 8 am Friday to 8 am Saturday), with a total of infections on Saturday. Cases rose to 1,25,101. During this period 137 patients died and the death toll rose to 3,720.

However, based on the information provided by the states and union territories, according to the table prepared by PTI-language at 9.25 pm on Saturday night, the total number of infected in the country has increased to 1,28,840 and total number of dead to 3,782. . According to this, 54,000 people have been infection free so far, while over 71,000 people are under treatment.

Since the first case of corona virus infection in China last year, more than 52 lakh people in the world have been infected with this virus, while 3.38 lakh have lost their lives. 20 lakh people have also become infection free during this period. Not a single case of Kovid-19 was reported in China on Saturday. However, in recent weeks, new cases of infection have increased in many countries following the relaxation of the lockdown.

Nationwide lockdown in India is in force from 25 March and will continue till 31 May. However, the fourth phase of the lockdown, which began on 18 May, has been given several leeway. Apart from this, domestic airlines are also going to start in a phased manner on Monday. Railway Board Chairman VK Yadav said on Saturday that 36 lakh migrant workers stranded in different parts of the country have been transported to their home state by labor-intensive trains running since May 1.

He said that 2,600 trains will be operated in the next 10 days to take 36 lakh more migrant workers to the destination. According to Kovid-19 data, 94 thousand new cases have been reported since May 1 and more than 2,600 people have died. Ever since the Health Ministry started releasing data in the morning, 35 thousand new cases have been reported while 1,147 people have died.

According to the Health Ministry, since April 24, more than one lakh new cases have been reported in the last one month and around 3,000 people have died. On April 24, there were around 23,500 cases of Kovid-19 in India and 723 people lost their lives. Maharashtra is the most affected state due to Corona virus. Apart from this, Gujarat, Delhi, Madhya Pradesh, Rajasthan are among the states where the maximum number of cases are coming.