COVID-19: As situation gets serious in Ahmedabad more fingers point at the Namaste Trump event

COVID-19: As situation gets serious in Ahmedabad more fingers point at the Namaste Trump event 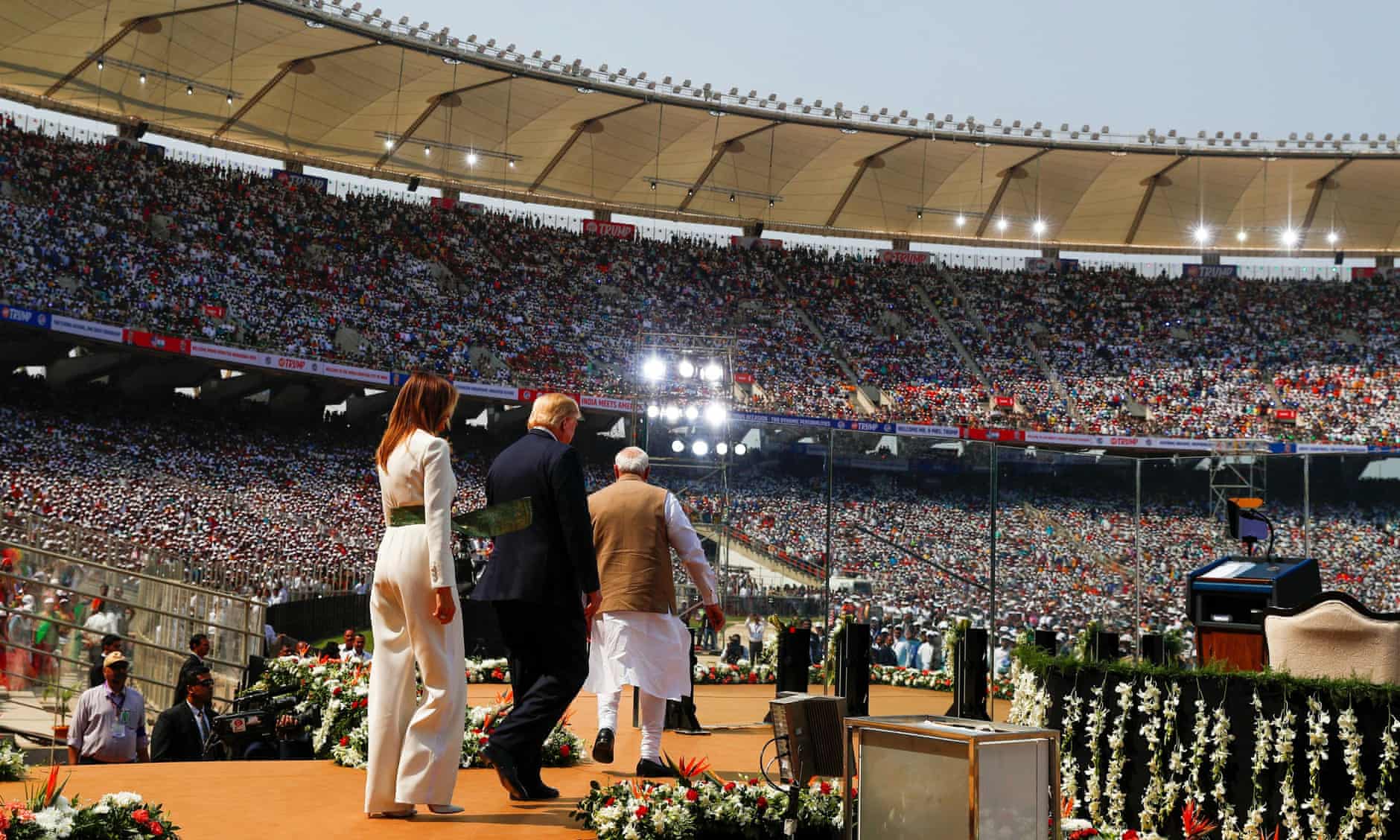 Ahmedabad is witnessing an unusually high growth rate of the coronavirus. Till Friday evening, the city reported 1,821 positive cases. The number of cases is doubling in just four days. As such an increasing number of residents are fearing the worst outcome from the Namaste Trump rally that was held in Sardar Patel Stadium of the city on February 24.

Experts have observed that the number of positive cases started rising within one week of the Namaste Trump event. An event which was attended by more than 5,000 foreign dignitaries.
As of now, Gujarat with 2,656 cases is having the largest number of coronavirus positive cases in India after Maharashtra. Gujarat’s death toll stands at 133.

The concern is the speed at which the virus is growing compared to the national average.
Ahmedabad Municipal Commissioner Vijay Nehra in a video message warned the public that at the current rate Ahmedabad will witness around 8,00,000 cases of the virus by May end. “Please adhere to strict social distancing norms.”, he urged the public.

As feared if the event was a plausible source which had more than 1,25,000 people packed inside a stadium, then contact tracing would be impossible. As such the virus may have spread to every corner of the State.
Officials are now working towards increasing the number of isolation wards as quickly as possible.