Corporate India in Mirror of the Pandemic

Corporate India in Mirror of the Pandemic 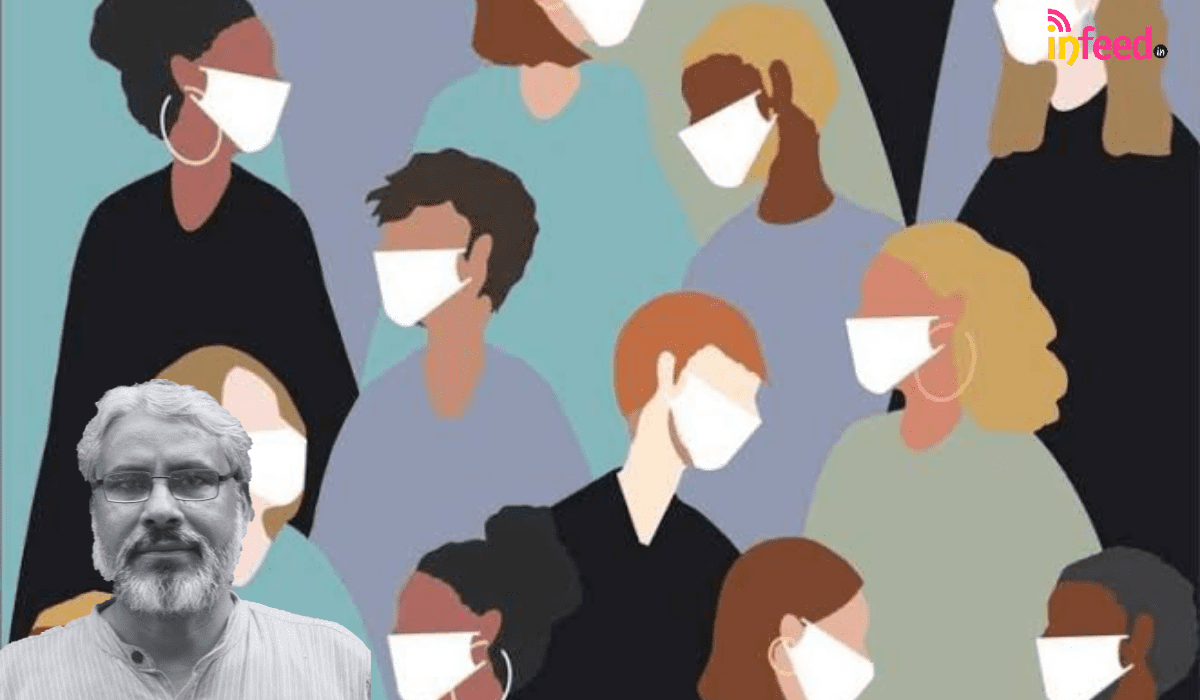 When the Prime Minister imposed a sudden lockdown in the country last year on the night of 24-25 March, the heart-wrenching scenes of the exodus of migrant laborers brought forth the naked truth that the corporate India, which was being constructed for three decades, is sustained on the back of the hard-working masses. This truth is kept under wraps by the ruling classes under a mutual understanding as there is consensus among them on this very venture of corporate India. That time would have been most opportune for a debate on this truth and little thought would have been given to whether it was valid on any basis i.e., the values of the freedom struggle, the values of Constitution or even simple human values? But unfortunately that did not happen. In the discussions which took place in the circles of the ruling government, opposition and civil society on the exodus of migrant laborers who walked out on the rough roads in the whole country, it was assumed that despite their day and night hard labor, there is nothing wrong in keeping them poor and making them live a life bereft of any amenities.

As a result of the consensus on the corporate-India and the corporate politics which thrives on it, the working class will again be seen leaving the capitals/cities of the country and the states in case a third, fourth or even fifth wave of the corona pandemic happens. Imagine if the people enjoying a secured life in the corporate India had to go out on the streets in such a bad condition, would anyone have had the courage to play thali, conch-gongs, make airplanes dance in the sky, celebrate Diwali! This ‘sacred’ event for pandemic treatment was not celebrated by the Sanghis and Modi fans alone; Progressive and secular intellectuals and politicians/parties doing politics of social justice were also celebrating with great enthusiasm.

The patent of ‘Achhe Din’ has been done in favor of the builders of the corporate India for ever. There is no need to elaborate on this truth further. One fresh example would be sufficient. Speaking in the agenda setting debate series organized under the joint aegis of ‘Indian Express’ and ‘Financial Times’ on 22 April 2021, the country’s finance minister announced that despite the second wave of pandemic, the pace of reforms, especially disinvestment of public sector undertakings, will continue with full force. The corporate India is being formed, and then there should be people who pay for it. They should also be given some consideration. That is why the finance minister, very kindly has also stated that it would be necessary to give immediate attention to those who have paid favorably.

Be the makers of ‘Hindu-Rashtra’ or those who finely spin the idea of India – all have common faith in the corporate India. The corona pandemic has not even reduced this faith a bit. Let us not talk about Narendra Modi’s wiseacre (lalbhujhakkad) economists, even progressive economists never say that the toiling masses are not included in the economy of the country. For them, there are some schemes/programs only run in the name of the prime ministers, chief ministers and their favorite icons. There is a whole industry starting from the country to abroad to provide nomenclature and outline to such schemes/programs. Whenever such schemes/programs were run in the pre–corporate India era, it was at least said that poverty has to be removed. The ‘cry of poverty’ is prohibited in corporate India. If poor are there, a cheap labor is readily available for the construction of corporate India; And also, cheap votes to promote corporate politics.

The reality of ‘Shining’, ‘New’, ‘Smart ‘, ‘Digital’ as well as ‘Ayushman’ India which has been promoted in a ‘halla-bol’ style, is exposed in the mirror of the pandemic. Patients are dying on the shoulders and in the laps of relatives without beds, medicines, oxygen, ventilators. Somewhere patients are being killed due to fire in the hospitals, somewhere due to oxygen leakage, somewhere due to oxygen dip. Funerals after death have become a difficult task. If the residents of South Asian and South East Asian countries did not have a natural charisma of resistance power, then in the absence of an effective public health system in India, corpses could have been piled up.

But politicians, bureaucrats, experts are busy day and night to tell that there is neither any shortage nor any omission from anyone in the power/system. An interdiction has been done so that prime minister’s image has not been affected at all. Right now, he is seen to have some calm. This time he has preached co-ordination and harmony between various agencies, describing lockdown as the last option. As the situation improves, or Bengal is conquered on May 2, he could make a furious outcry against the critics thundering the duping expression as he did earlier: “Mahabharata was won in 18 days; the war against corona will be won in 21 days”. Being of a festive nature, he has advised people to celebrate in the disaster. While giving the advice to celebrate the disaster, the prime minister must have believed that people will not be perishable. Because they have been well persuaded that Narendra Modi has come to perform big things.

The epidemic has made it clear that only the people at its center in corporate India have uninterrupted treatment facilities. The people who settled on the various sub-centers of it, who thought that throwing money would buy most expensive treatment for them, have come in trouble. Most people are settled on the margins of corporate India. They may have come to know that their status is no better than those who have been excluded. The pandemic has also conveyed the truth of how badly the multi-acclaimed corporate India is divided into pieces of religion, caste, sub-caste, gotra, region, language etc. The pandemic has shown that you must have an enemy to make your place and to make progress in the corporate India. Countless circles of hostile sentiments active in corporate India have turned the country into a quarrel zone.

True inspirations of dialogue have also come to light in the pandemic crisis. Many people, personally and institutionally, have played a role in wiping tears and creating harmony. This beating heart of humanity is a great support for Indian society at the moment. Gurudwaras had also handled a large responsibility during the first wave; the initiative of a Ghaziabad Gurudwara to provide oxygen to the needy gives hope that this initiative will be enhanced in the whole country.

It has become clear from the BBC report that the prime minister had announced the lockdown without informing any concerned government department/institution, including the President’s office. He is very fond of showing manliness. In the pandemic too, he did not miss the opportunity. There has also been a report by a researcher that despite the fact that the government has had a lot of factual information about the second wave, no measures were taken to stop or deal with it. The government went on a campaign to win the elections, saying “Corona has been conquered”. When the second wave exploded, those who invited more and more crowds from liquor shops to rallies/Kumbh Mela gave a fatwa that people are guilty, they do not follow the rules!

The pandemic has revealed that the much-praised corporate India does not have anything called structural governance. A credit goes to the RSS that it has provided the first coxcomb (chhaila) prime minister to the country. For the prime minister, the meaning of policy-making, planning, governance etc. is the same as fashion and talks. The responsibility and accountability of the government comes not from making noise in the media, but by solving problems and crises inside seriously and honestly. Some of the remnants of responsibility and accountability that remain in political parties and government institutions are rapidly deteriorating in the corporate India. Because mere talking and advertising has become synonymous with good governance. The result is in front of the people. At the time of the first wave of the pandemic, an ostracized baby boy was dragging his dead mother’s fringe at Muzaffarpur railway station. This time a large number of big people are shaking the dead bodies of their loved ones deprived of treatment.