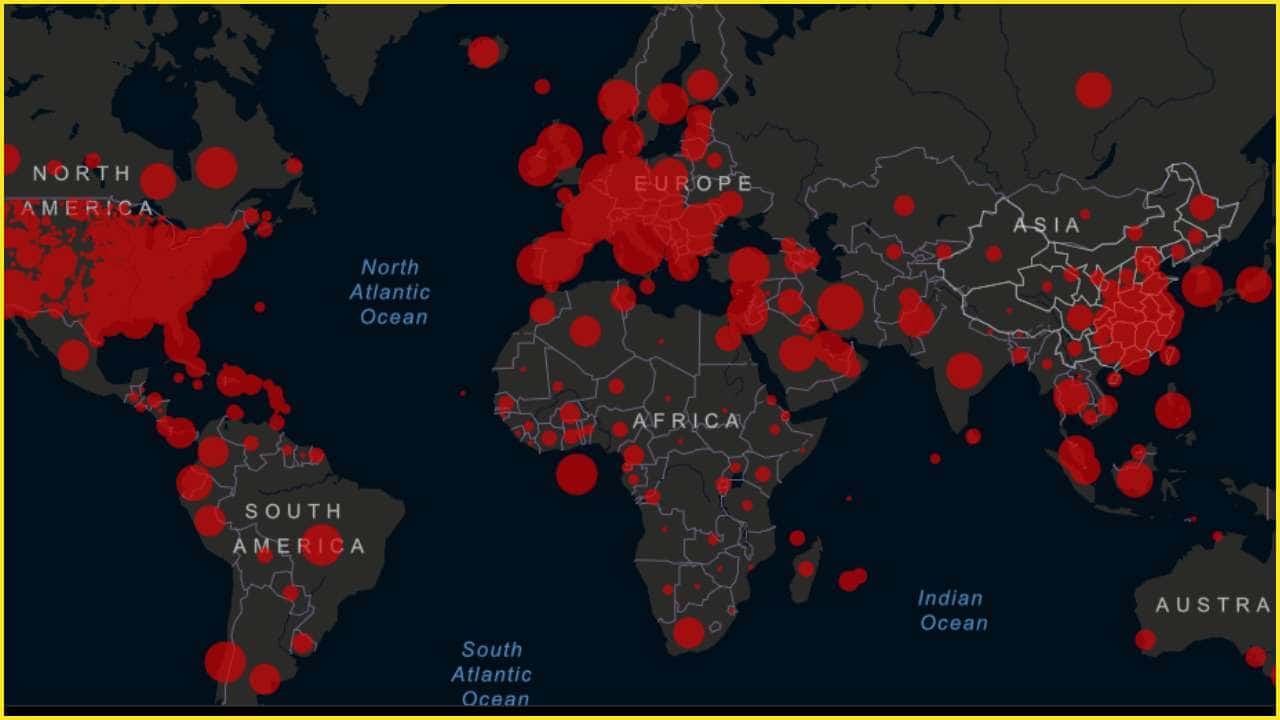 The rate of corona infection has decreased slightly in the US and Europe, but the situation is still serious. The total number of infected people in the world has crossed the figure of 56 lakhs while the number of deaths has gone up to more than 3.48 lakhs. Meanwhile, 17,06,277 people have tested positive for infection in the US whereas the death toll has gone up to 99,807.

According to Johns Hopkins University, there have been 90,128 new cases of corona virus in the last 24 hours in 213 countries of the world, while the death toll has increased by 3,096. The number of people who died of corona in the world a day earlier was 2,826. About one-third of the total infected cases have been reported in the United States and about one-third of the deaths have also occurred in the United States.

Britain has the highest number of deaths from Corona after the US, where a total of 2,61,184 people have been infected with the virus, with 36,914 deaths. However, the number of patients in Britain is less than in Russia, Spain and Brazil. After this, countries like Italy, France, Germany, Turkey and Iran have been the most affected. Among them, the number of corona cases in Russia, Brazil, Spain, Britain and Italy has crossed two lakh.

There are six countries in the world where there are more than one lakh corona virus cases. In addition to the US, the corona infection is also increasing rapidly in Russia and Brazil. While more than 25 thousand people have died in America, Spain, Italy, France and Britain. China, which introduced the virus to the world, is now out of the list of top-10 infected countries.