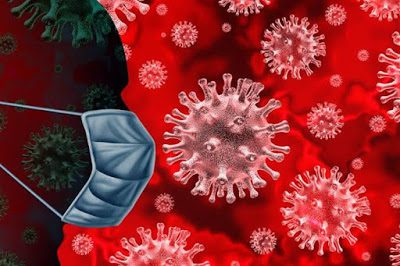 The number of corona patients in the country has crossed 40 thousand. In the last two days, 4,898 new patients have appeared. While 2487 infected patients have been registered for the first time in the last 24 hours. Apart from these, for the first time 83 people have also died due to corona infection in 24 hours, which is highest. The first 10 thousand patients in the country were found in 75 days. The next 10 thousand patients took only eight days. Now, 20 thousand new patients are found in 11 days.

Meanwhile, the number of infected patients in Maharashtra has crossed 12 thousand. A total of 12,296 patients have been reported here till Sunday evening. No new cases were reported in Tripura since April 26 but two new patients have been found here on Sunday. Madhya Pradesh (5.3), Gujarat (5) and Maharashtra, Karnataka and West Bengal have recorded corona virus mortality at 4.2 percent.

The number of new patients increases when the focus is on investigation and tracing after lockdown is implemented. At the moment, more new patients will come out for some time, but after that the number will start to decrease, because by then the government will have been able to reach most of the affected patients.

ICMR has expressed hope that the graph of patients will definitely change in the next one week. At the same time, according to health experts, the increase in the number of new patients is not worrying because now the effect of lockdown is visible.