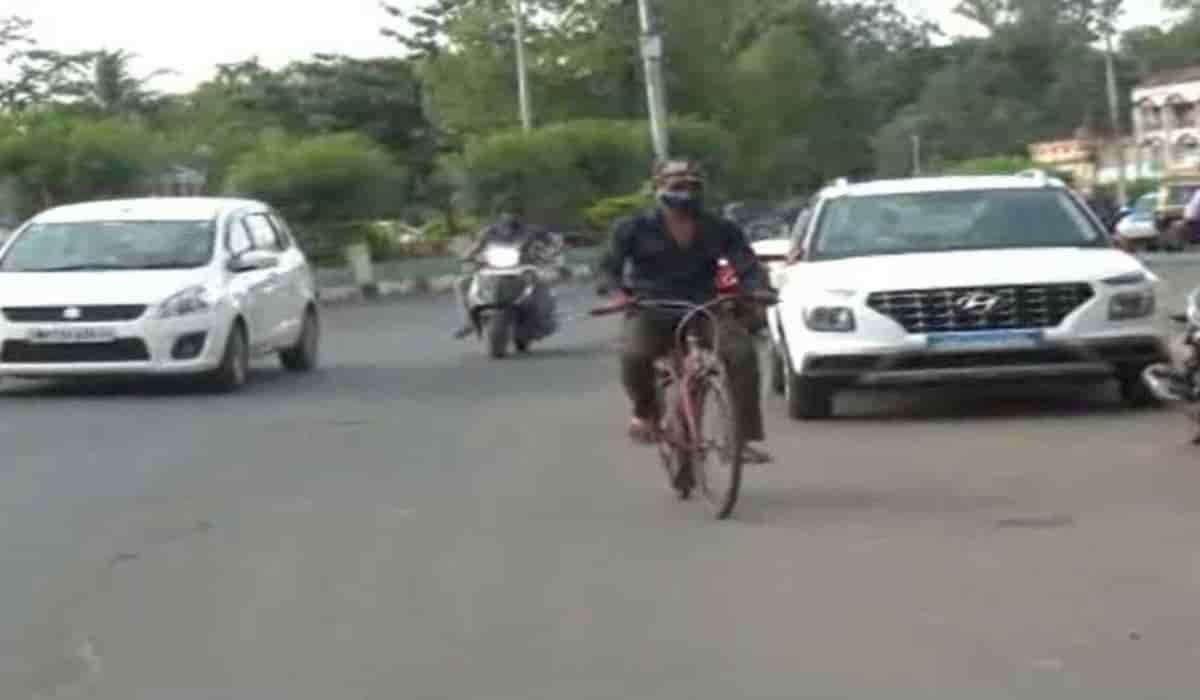 BHOPAL | The health system is collapsing due to the increasing number of corona positive patients in Shahdol of MP. Ambulance is not available for infected patients. One such case was seen on Thursday when a patient did not get an ambulance, he cycled 10 kilometers and reached hospital.

Pandav Nagar of Shahdol, Ward no. Dharmendra Sen, who lives at 7, is a daily wage laborer in a clothes shop. Dharmendra’s corona report came positive, he himself got frightened with family members. The people of neighboring and neighborhood started pressing for getting admitted in the medical college. Here, it was told from the medical college that it will take time for the ambulance to arrive.

Due to pressure from the people of the locality, Dharmendra kept his clothes and other belongings in his bicycle career and started going to the medical college. Despite being Corona positive, he reached the Medical College, leaving the city center. He also stopped on the way. It is clear in the video that he has not even applied a facial mask.

On this whole matter, the Chief Medical and Health Officer of the district, Dr. Rajesh Pandey gave and said that the number of patients is increasing continuously. The patient should have waited for an ambulance.