Corona and the Police Force

Corona and the Police Force 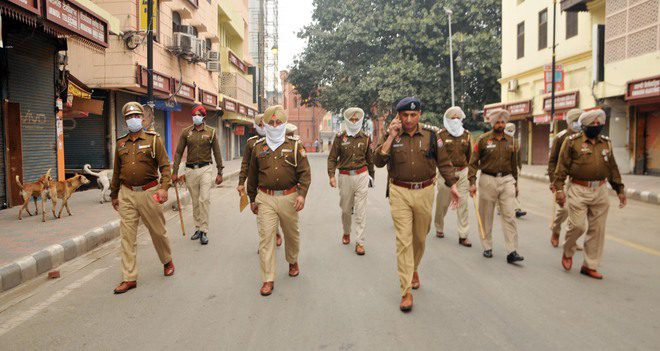 Amid the world’s largest lockdown, which is being implemented in the country due to the corona pandemic, a section of the society has taken up the cause of protecting all, and these are the frontline warriors of the country.

Much has been talked and discussed about the medical fraternity, their problems, the lack of PPE kits for them and the medical fraternity asking for it. But the entire society has once again forgotten the dedication and devotion with which Police Forces have been working in the country for the safety of the citizens, forgetting their personal pains, their problems, their health and giving up everything they have to the society.

While the national media shouted out loud when the doctors in the country got infected and much had been talked when a medical practitioner was ill-treated while purchasing grocery, there had been almost silence when the same is happening with Police. The Police, which remains almost everytime on their toes, on their duty, is always taken for granted in Indian society, despite the hardships they have been facing.

The media also made allegations in the loudest of possible volume against Police for mishandling people, even when police was requesting people to stay at home, for their own safety, but no one said anything, when they died due to corona virus. The news in mainstream newspaper can’t even get an obituary corner for free.

In the times of corona also, this section is the one worst affected. While they are giving their duties without any PPE kit, or even making a demand of it, a large number of them have caught the virus infection.

In tough times, they stand for us, but do we care enough for them? Or we just put a blame on police, always, just because their image has been made so by Bollywood movies in front of us.

Can the society come out and raise a loud voice for this section of the society, in solidarity with them?