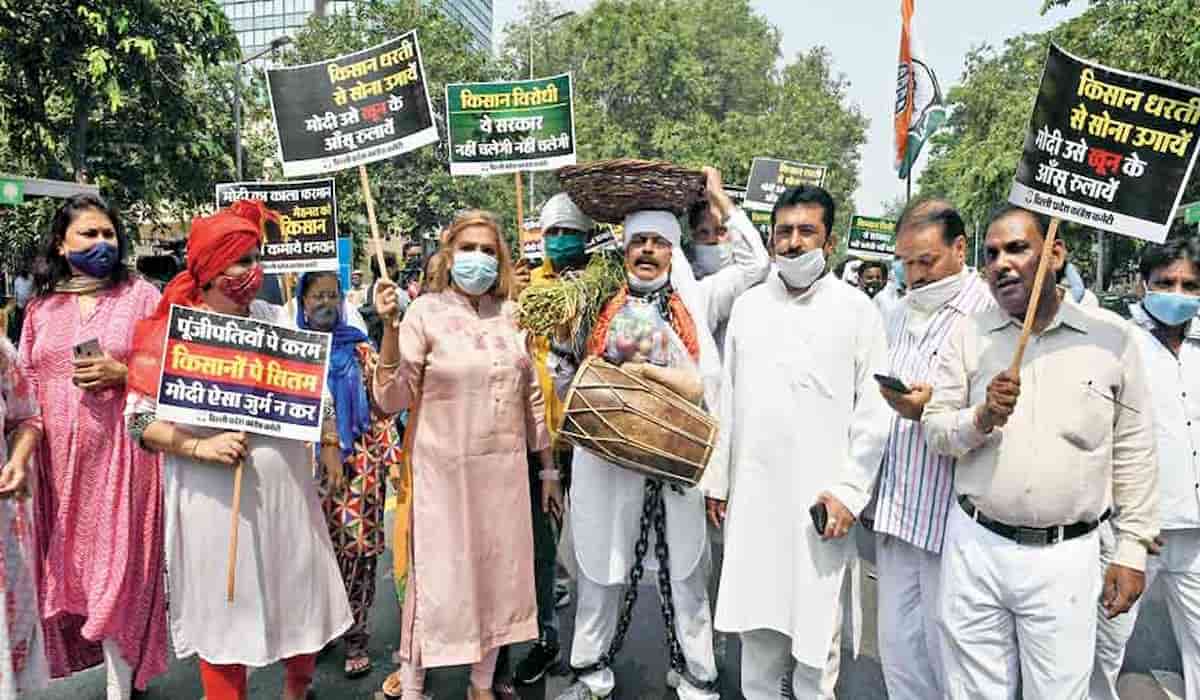 Congress will start a nationwide agitation against the central government from September 24 to pass the agricultural bills from Parliament. The decision was taken after a meeting of all general secretaries of the All India Congress Committee (AICC) held on Monday.

Senior Congress leader AK Antony said that the party will campaign against the central government to pass anti-farmer and anti-people laws. At the same time, party leader Ahmed Patel said that the government has ruined the democratic system.

The Agricultural Bill is neither in the interest of the state governments nor the farmers. We raised our voice against this in Parliament and will now hit the streets. He said that the decision of the movement was taken under the leadership of party president Sonia Gandhi and Rahul Gandhi.

KC Venugopal said that the party will campaign against these bills to collect two crore signatures of farmers and poor people. After this, a memorandum will also be submitted to the President. Congress spokesperson Randeep Singh Surjewala said that a press conference will also be held across the country against the agricultural bills. The state president and other senior leaders of the party will take out a rally in their respective states and will also submit a memorandum to the respective governor.