Be it Congress or BJP, no party should dare to lose India’s territory

Be it Congress or BJP, no party should dare to lose India’s territory 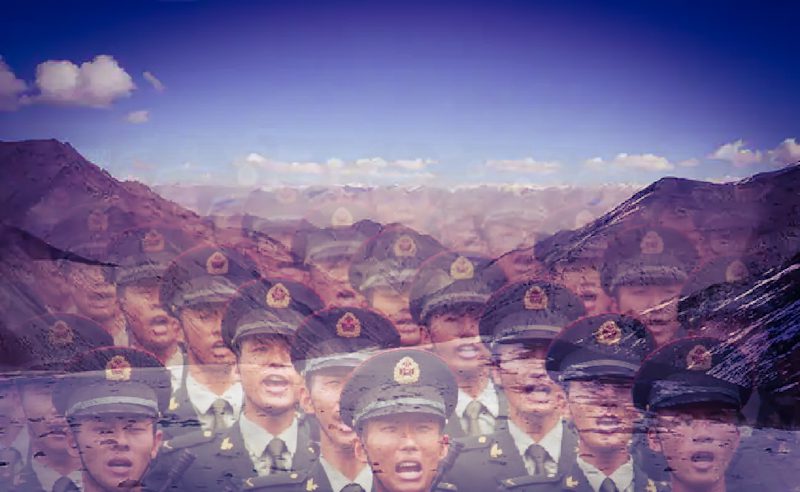 Unfortunately, the ruling BJP does not look to be ready to do whatever it takes to get back India’s territories.

A large chunk of India’s territory is now effectively under the control of China’s People’s Liberation Army. This does not look like the Doklam standoff-type dispute. The way China has built up its troop along the border and the absolute denial to even discuss the release of the captured areas raises grave suspicion about China’s intention. But what is more suspicious is the way India’s Narendra Modi-led BJP government has been trying to cover up the incident and fade away the event from the public’s memory.

After the initial promises of making no compromises with India’s security, there has been a distinct attempt by the Modi government, armed forces and the media to sell the gesture of 2 km retreat by the Chinese Army as a diplomatic victory and close the chapter.

But how can a 2 km retreat be a victory when the Chinese soldiers are yet to completely withdraw from India’s side of the LAC?

Can India do the same with China?

Can Indian Army enter 3 km inside Chinese territory and then after negotiations retreat by 2 km to settle the dispute?

Will China be satisfied with the arrangement?

You can bet the Chinese will take decisive action to evict the Indian soldiers and teach India a hard lesson.

What is happening now has never happened before in India since independence. There is a distinct sense of capitulation by the Indian establishment without even firing a single bullet.

After the Congress leader Rahul Gandhi raised some uncomfortable questions regarding the happenings in Ladakh, the Modi government has deployed all its PR army to suppress all the debate regarding the border dispute.

While the Ladakh BJP MP Tsering Namgyal asserted that not even one inch of land has been lost ever since Narendra Modi came to power. On the other hand, Indian Army Chief MM Naravane assured situation along the border is under control. , both men maintained a stoic silence regarding the Chinese soldiers camping between Finger 4 & Finger 8 areas beside Pangong Tso lake. An area that was always under India’s control till April, this year.

While the Indian establishment has continuously asserted that the current dispute will be resolved through dialogue, the Chinese have dig in and brought in heavy artillery all along the LAC. Chinese air bases in Tibet and Xinjiang province have shown increased activity since last month. With every passing day, China has been bolstering its defences and making all the preparations necessary to knock down any Indian attempt to get back the lost territories.

There is not even an iota of doubt that this is a land grab. China has effectively copied what Parvez Musharraf did to India in Kargil in 1999. The Chinese entered India and camped in when no Indian soldiers were present. Indian soldiers generally retreat back in the winter due to the treacherous climate of the Himalayas. This year the Indian Army was late in sending back its troops due to COVID-19. When they came back, they found Chinese soldiers camping in areas which used to be manned by India.

This is almost an exact replay of the Kargil capture by Pakistani soldiers. But the then Prime Minister Atal Bihari Vajpayee didn’t try to keep the nation in dark and immediately sent a huge contingent of soldiers to recapture Kargil. Agreed, Pakistan is much weaker than China. But that can never be an excuse to let a superior power do whatever it wishes to. The territorial integrity of India cannot be a matter of debate, no matter who the enemy is.

India is a democratic country. As such the government is representing the will of all the people of India. It can be confidently assumed almost no Indian would want India to lose any of her lands. The Modi-led central government is responsible for taking steps that are in sync with the people’s will. It is responsible for India’s security and sovereignty. The government cannot be allowed to do any backdoor deal with an enemy who is sitting on our land.
Exactly what compromises are being considered to make the Chinese go away? The government should at least reveal this.
Will China go away without getting anything in return?
This is losing deal for India from the very beginning.

Although looking almost impossible, but if the Indian establishment can persuade the Chinese to leave our territory through dialogue, then well and good. But if the Chinese have made up their mind to permanently redraw the borders and alter status quo, then India has to take all the steps necessary to get back what is ours just like it was done during Kargil.

There cannot be a bigger criminal than Narendra Modi if he takes any decision thinking about his image and political costs of accepting that India’s land is under Chinese control. India’s sovereignty cannot be the subject of politics. Be it BJP or Congress, every political party that gets to rule India has to be ready to do everything possible to keep India secure. Unfortunately, the ruling BJP does not look to be ready to do whatever it takes to get back India’s territories.