Congress Hits Back Health Minister After his Dark Chocolate Claim

Congress Hits Back Health Minister After his Dark Chocolate Claim 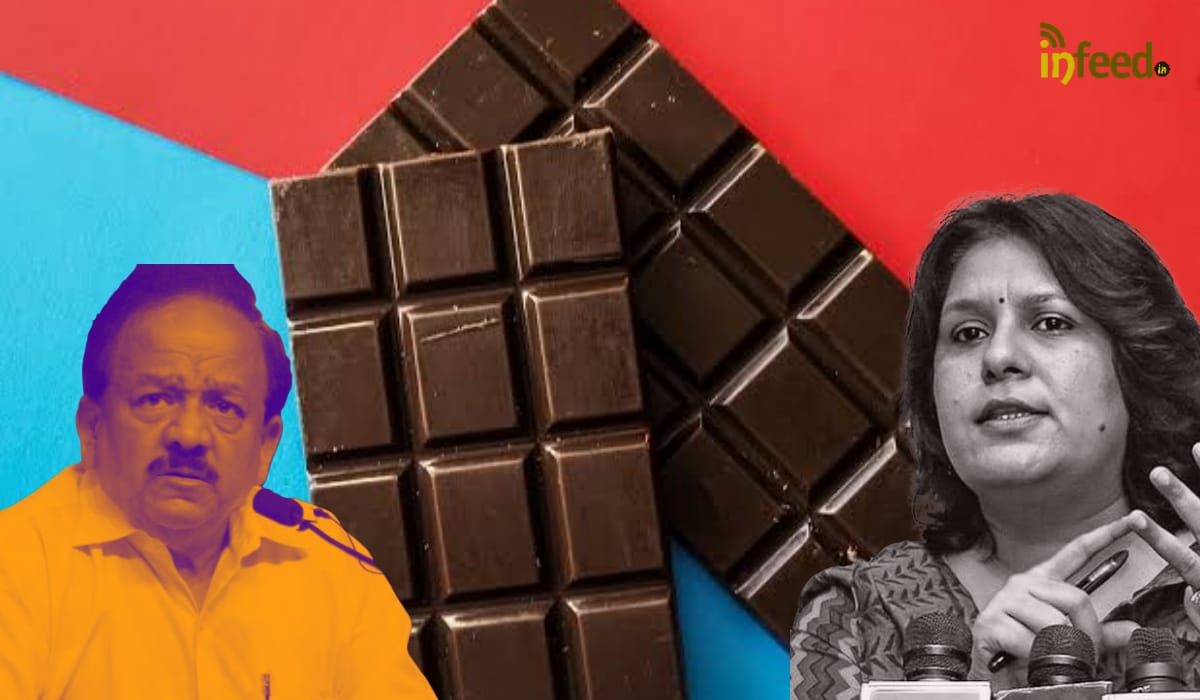 Along with the deadly disease spreading in the country, people are facing difficulties due to unemployment at this time.

In times of this ongoing disaster in the country, due to sickness and unemployment, the problem of stress among the poor and middle class people is also increasing.

Meanwhile, a peculiar statement of the Union Health Minister of the country, Dr. Harshvardhan Singh, has come out. Actually, he has advised people to eat dark chocolate to relieve stress.

This statement of BJP leader and Union Health Minister Dr. Harsh Vardhan has been retaliated by Congress leader Supriya Srinet. He has asked Dr. Harshvardhan Singh by tweeting, “Your MBBS degree is real, isn’t it?”

In fact, the country’s Health Minister Dr. Harsh Vardhan Singh had claimed that people need to eat dark chocolate containing up to 70% cocoa content to relieve stress related to corona infection. This will reduce their stress significantly.

In this case, now the Public Health Researchers have asked the minister to give evidences in support of his statement.

According to the news, Anant Mann, researcher of Bioethics, who works in Pune and Bhopal, has questioned Union Health Minister Harsh Vardhan Singh in this matter.

He has said that where is the evidence of what he said related to get relieved of Corona caused stress? What percentage of such people are there in the country who can afford dark chocolate.

It is noteworthy that Health Minister Dr. Harshvardhan had said in the tweet that vegetables and fruits as well as dark chocolate should be consumed to increase immunity and relieve stress in the corona epidemic.

Significantly, due to the the ongoing pandemic in the country, people have lost their jobs. In such a situation, poor and middle class people are facing many difficulties in everyday life.

In such a situation, how advisable it is to advise people to consume dark chocolate?