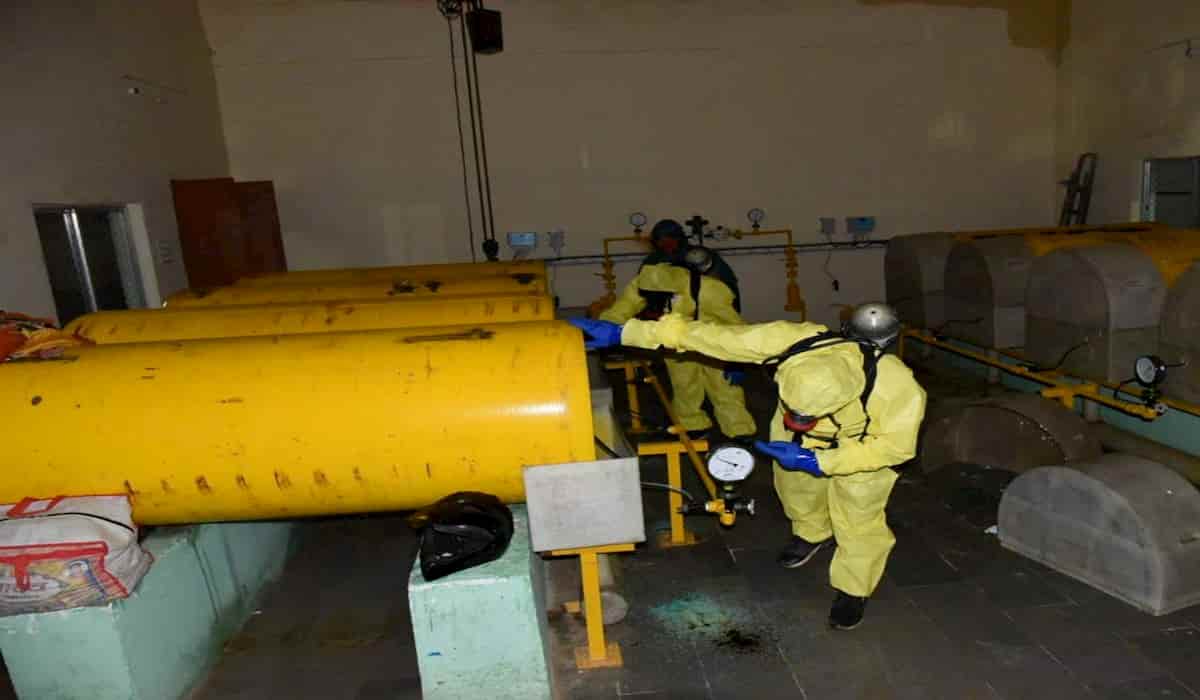 Due to negligence of Water board in Varanasi, public life was disrupted. In the evening, there was chaos due to leakage of chlorine gas at Dinapur STP of Sarnath area. 150 people suffocated in nearby settlements. Coincidentally it rained at the same time. After this the effect gradually started to decrease. Meanwhile, with the help of fire brigade soldiers, safety operators Prashant and Anil Srivastava stopped the leakage of the gas cylinder by applying oxygen cylinder, mask. People then breathed a sigh of relief.

Indeed, the valve of the chlorine gas tank used to clean the sewer suddenly began to leak. In the STP Dinapur, morning tests were carried out at the chlorination tank building to rid the bacteria in treated sewage. There was chaos due to gas leakage starting at 6.30 pm.

People felt suffocated in the surrounding settlements. The police instructed the people on the road to go away. Jalnigam Chief Engineer AK Purwar said that eight cylinders of chlorine gas have been kept for 900 kg. The effect of the gas was on the campus itself. This entire matter will be investigated. There has been no loss of life or property of any kind. The situation was controlled by 10 pm.

On July 5, 9 people were admitted to the hospital in the case of chlorine gas at Jal Institute. Even after this incident, the Jal Nigam did not learn its lesson, which had to bear the brunt today. Congress councilor Sitaram Kesari, one of the old Municipal Corporators, said that the leakage of chlorine gas has happened for the second time in Banaras. This accident has put a question mark on the functioning of Water board. 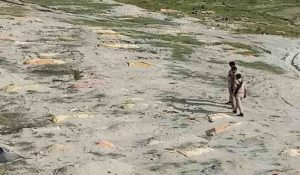