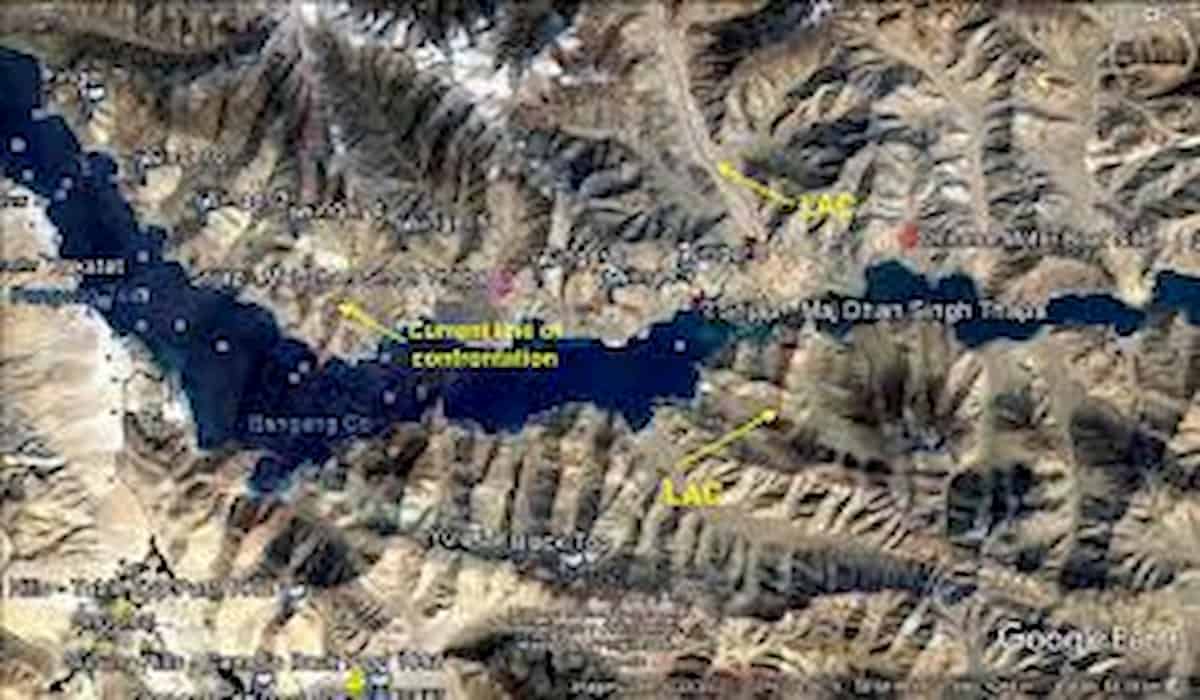 Even after a week of the fourth round of talks between the military commanders, there is a situation of confrontation between the Indian and Chinese forces in the Pangong Lake area. The Chinese Army is standing in the Finger-5 area and there have been no signs of its withdrawal in the last six days. Government sources said that the situation in Pangong area remained as before. The Chinese army has moved from the Finger-4 area but is still in control of Finger-5 to Finger-8.

The standoff of Pangong area was particularly discussed in the marathon meeting of military commanders on 14 July. In this, both armies agreed to reduce the confrontation and retreat. However, that consent does not appear to land on the Pangong area.

Government sources said that although the Chinese Army had retreated from the four areas Galwan Valley, Gogra, Hot Springs and Finger-4, its withdrawal from the entire Finger area is very important. The deployment of large numbers of Chinese forces in Depsang is also worrying. The security forces are concerned about the Finger area where the Chinese army is present in areas where it claims Indian. According to sources, due to China’s cold stance on the issue, some more meetings are likely to be held at the military or diplomatic level in the next few days.

According to sources, in the previous meetings, consensus has been reached to withdraw even more from the areas where the Chinese army has retreated, but no progress has been made in this direction. Actually, the Chinese army has retreated about two-three km in the areas of Galvan Valley, Gogra, Hot Springs etc. but it has to retreat from where it is present. This was also agreed upon in the last meeting.