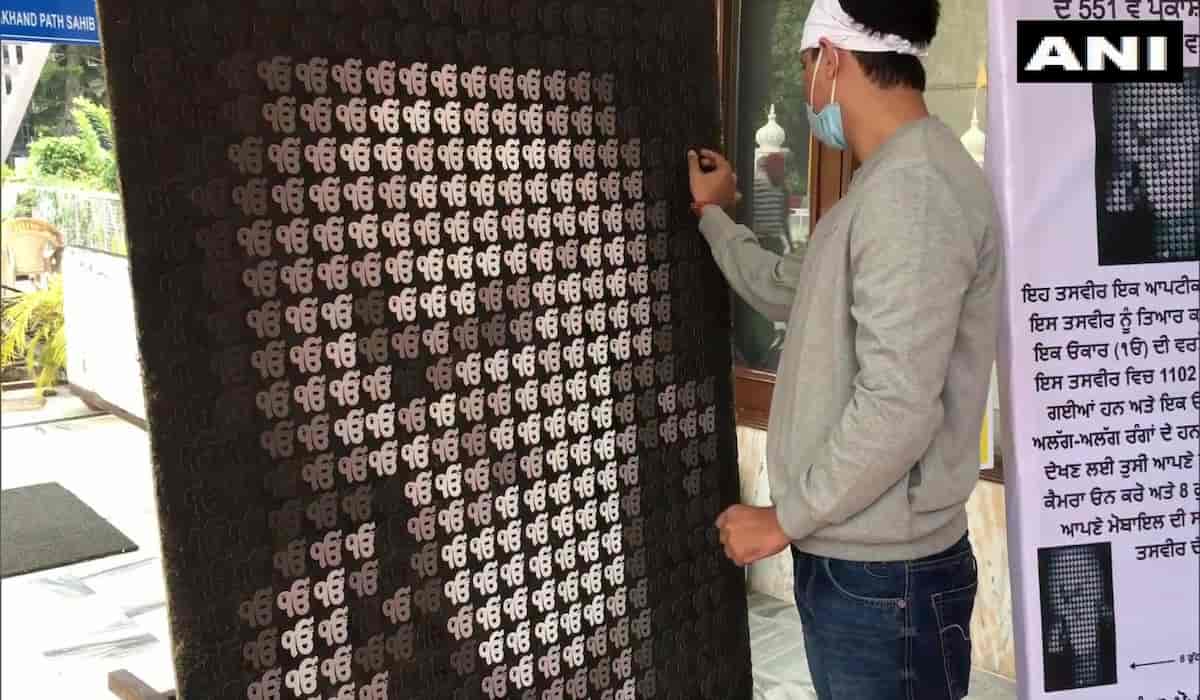 Today (30 November) is the 551st Prakash Parv of Sri Guru Nanak Dev Ji, the first Guru of Sikhs. In Punjab, grand city kirtans are being taken out and religious divans are being decorated to celebrate Guruparva. At the same time, the graphic designer of Chandigarh greeted the Guru Purb in a different way.

Artist Varun Tandon of City Beautiful has written through colored paper on the 551st Prakash Parv of Shri Guru Nanak Dev. It is in 13 different colors.

Graphic designer Varun Tandon has used a total of 1102 nails to put a picture on this portrait (portrait) 551 times. The special thing about this portrait is that when seen from close side, it appears to be inscribed on it. On the other hand, if it is seen from some distance, then the statue of Guru Nanak Dev is seen in it. It has been installed at Gurudwara Sahib of Sector-34, Chandigarh.

Artist Varun Tandon said that he has specially prepared this portrait on the 551st Prakash Parv of Sri Guru Nanak Dev Ji. It has taken them a week to make it. For this, he wrote an ellipse on paper 551 times and gave it a shape. After this 13 colors were used on it. It is mounted on a six by four plank.

Artist Varun Tandon said that he wants to give this portrait to any religious institution and Sikh educational institution for free. By doing this, this picture will be given proper place.