Centre refused to supply 1200 MT of Oxygen to Karnataka even after oxygen was received from various countries, Supreme courts intervene.

Centre refused to supply 1200 MT of Oxygen to Karnataka even after oxygen was received from various countries, Supreme courts intervene. 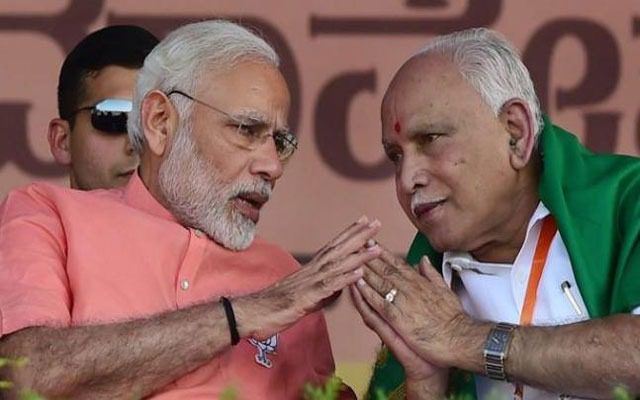 With the skyrocketing number of covid-19 cases in Karnataka CM BS Yediyurappa requested the central government to provide 1200 MT of oxygen. The centre refused to supply more oxygen than the previous margin of 865 MT. Agreeing with the increasing requirement, the Karnataka high passed the judgement to fulfill the demand after 24 people died in Chamarajanagar hospital and 5 people in Afzalpur after oxygen shortage.

The Karnataka High court had asserted that around 1700 MT oxygen per day is required and directed the centre to fulfill the requirement.

Chief Justice Abhay Oka and Justice Aravind Kumar said:
“We are putting the Central Government to notice that we will have to consider the prayer for the issuance of direction to the Central Government to immediately increase the quota for Oxygen to the state government. Especially when it is pointed out across the bar than in ten hospitals in the city of Bengaluru, the stock of oxygen has almost come to an end. Even in Kollar district hospital, it does not have supply oxygen.”

The division bench further observed “Keep aside the process, forget about the process, tell us now when will you increase the quota. We don’t want any explanation the supply has to be provided. If your process is faulty is it not for you to correct? we don’t want your process, we want you to supply Oxygen. You want people to die?

The central government moved to the supreme court after Karnataka High court passed the judegment to supply 1200 MT of oxygen.

The centre mentioned that “High Court failed to consider the rationale behind allocation of certain amounts of oxygen to each State and purely on the basis of purported shortage in the city of Bangalore, passed directions which, if fulfilled, will have a cascading effect and result in the total collapse of the system in its fight against the second wave.”

The bench was headed by Justice D Y Chandrachud who said that “We don’t want to leave the citizens of Karnataka in the lurch. The order of the High Court is a careful, calibrated and judicial exercise of power. We see no reason to entertain the SLP”.

The severe shortage of oxygen has caused various death across the city and the centre’s inability to take action on time has caused many deaths. Even the country has received oxygen supply from various other countries but the centre didn’t take any action for a week. Citizens across India are clueless about the donation being received and their utilisation.