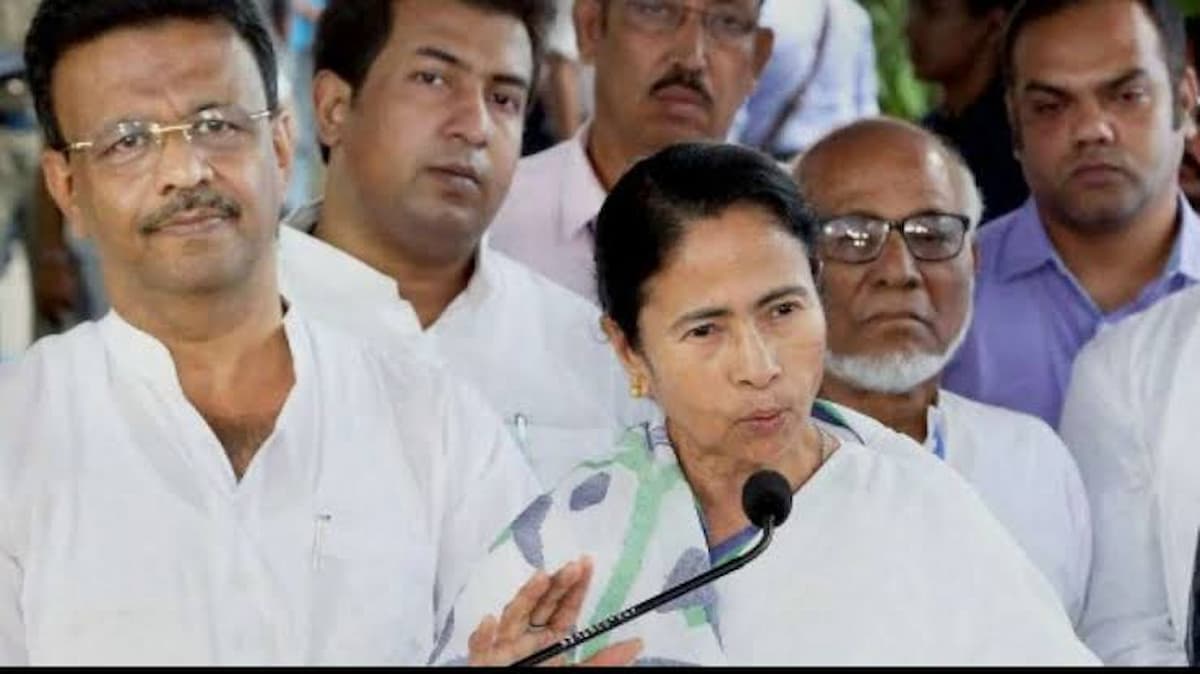 In a high voltage drama, CBI on Monday morning arrested Trinamul Congress heavyweights- Subrata Mukherjee, Firhad Hakim (Bobby), Madan Mitra and Sovan Chatterjee on the five year old Narada Sting operation case, only to be released on interim bail in the evening. Two of these arrested leaders- Mukherjee and Hakim are senior ministers in the third Mamata Banerjee cabinet, while Mitra is a former state minister and a sitting MLA, Chatterjee is also a former state minister and former Mayor of Kolkata, who had switched over to BJP, again left the Saffron Brigade on the eve of the polls, being denied ticket. CBI had allegedly spared two TMC turncoats- Mukul Roy and Suvendu Adhikary, now in the BJP camp, who have also been charge-sheeted in the same case. Interestingly, Hakim has also been leading the authorities’ battle against the second wave of Covid-19 and vaccination drive in the city as the officiating Mayor (chief administrator) of Kolkata Municipal Corporation.
The sudden arrest of the TMC stalwarts at a time when the state has been hit hard by the second wave of the corona virus, had sparked a fresh political controversy and raised more questions than one. Legal brains of the TMC, who appeared for the arrested leaders and ministers, including the party MP and Supreme Court Lawyer, Kalyan Banerjee argued that the investing agency had not obtained the Speaker’s consent for arresting these sitting MLAs and ministers, instead they had taken go ahead from the state Governor. He also questioned the sudden need of arresting them when investigations had already been completed and chargesheet had been filed already. The issue of selectively sparing two CPM turncoats, who are now the Saffron camp, also came during arguments.
The issue of arrest and release of the TMC leaders and ministers in an interval of less than 10 hours is bound to raise too many political questions and is expected to have political fall-outs as well. Political analysts think, soon after the electoral reverses that Mo-Shah’s party suffered in the recently concluded state legislative assembly polls, the party in power at the Centre got yet another drubbing as a result of its haste.
Earlier during the day, soon after the arrest of the leaders from their respective homes, Chief Minister Mamata Banerjee herself rushed to Nizam Palace, the local headquarters of the CBI economic offence wing, so did dozens of newly inducted ministers and thousands of party workers. Incidents of angry protests and agitations were also reported from in front of the Raj Bhawan, and different places across the state, the ongoing lock-down in the state notwithstanding. Soon after the order by the Bankshall Court, TMC MP and lawyer Kalyan Banerjee said that not only the arrests were illegal, but the sanction by the Governor was  thoroughly ‘illegal and unconstitutional’ as well.