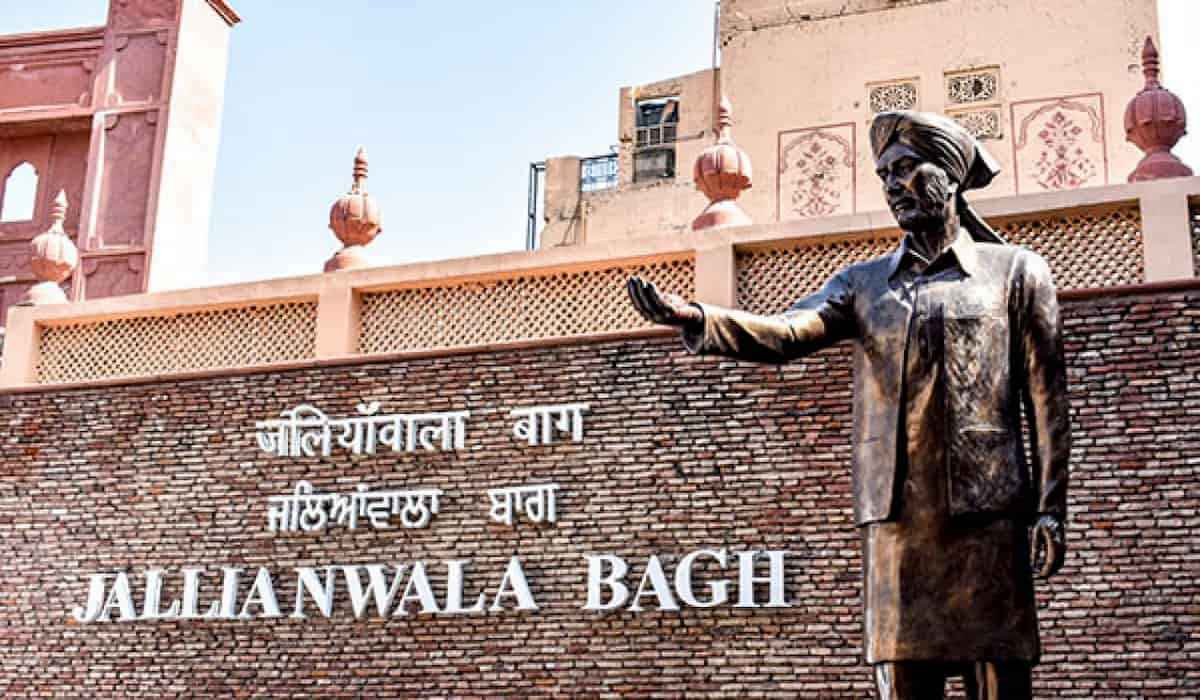 An incident of semi nude photos of two women installed in new gallery of Jallianwala Bagh has surfaced.

Armpitious photographs of two women have been installed in the new gallery created during the ongoing development works at a cost of Rs 20 crore from 15 February at the martyred site Jallianwala Bagh. These pictures are located in the part of the gallery where information about the history of Punjab has been given so far. The photos are placed below the pictures of the battles fought by Sher-e-Punjab Maharaja Ranjit Singh.

The large picture of Sri Guru Nanak Dev Ji is installed in the upper part of the wall on the right side of these pictures. A life-size picture of Maharaja Ranjit Singh is taken with the pillar in hand a few inches below it. Along with this, a big statue of Baba Banda Singh Bahadur has also been established. In the upper part of this gallery, five other rivers are mentioned, including the Sutlej. Tourists will be able to get information about Gadri Babas in this gallery.

The International Sarva Kamboj Samaj has raised objections to the semi-nude photographs located in Jallianwala Bagh. Society president Shinder Pal Singh Kamboj said that martyrs have been insulted by installing such photographs in the martyr’s place. In a letter to Prime Minister Narendra Modi, Home Minister Amit Shah, Defense Minister Rajnath Singh, the office bearers of Samaj Jallianwala Bagh Trust insulted the martyr by making a ticket window in front of the idol of Shaheed Udham Singh in the main entrance. Membership of the trust’s member owner should be canceled.