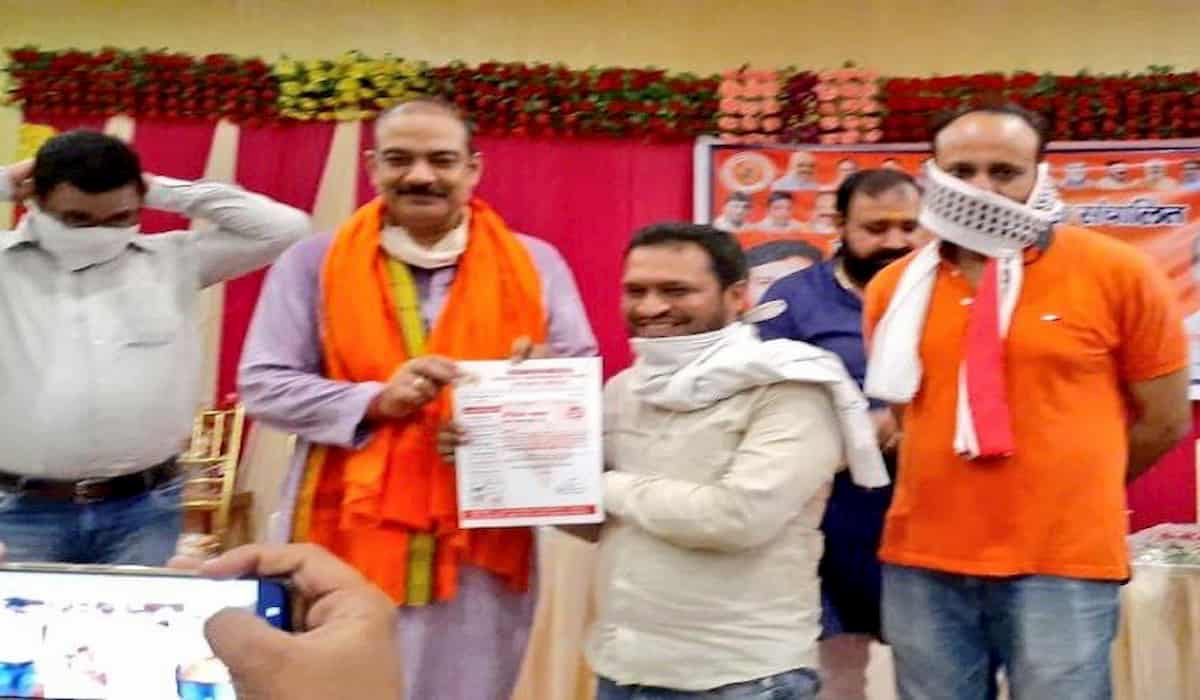 But, in new India, not only help is denied to the family of Subodh Singh, but even the culprit roams freely by joining politics under the banner of ruling party, BJP. The ruling party BJP offers a key position in the party to the culprit Shikhar Agrawal. Shikhar Agrawal has been made the secretary of PM Jankalyan Yojana.

Inspector Subodh Singh was killed in a mob violence in Bulandshahr over cow slaughter, which was ignited by a various Hindu groups. He sustained a gun injury near his left eyebrow. The autopsy report revealed that he was hit with a .32 bore bullet.

While UP police condoled his death by saying that “he sacrificed his life”, nothing much has been done neither by the police department nor the government for the family of Subodh. His son is yet to get a job in his place.