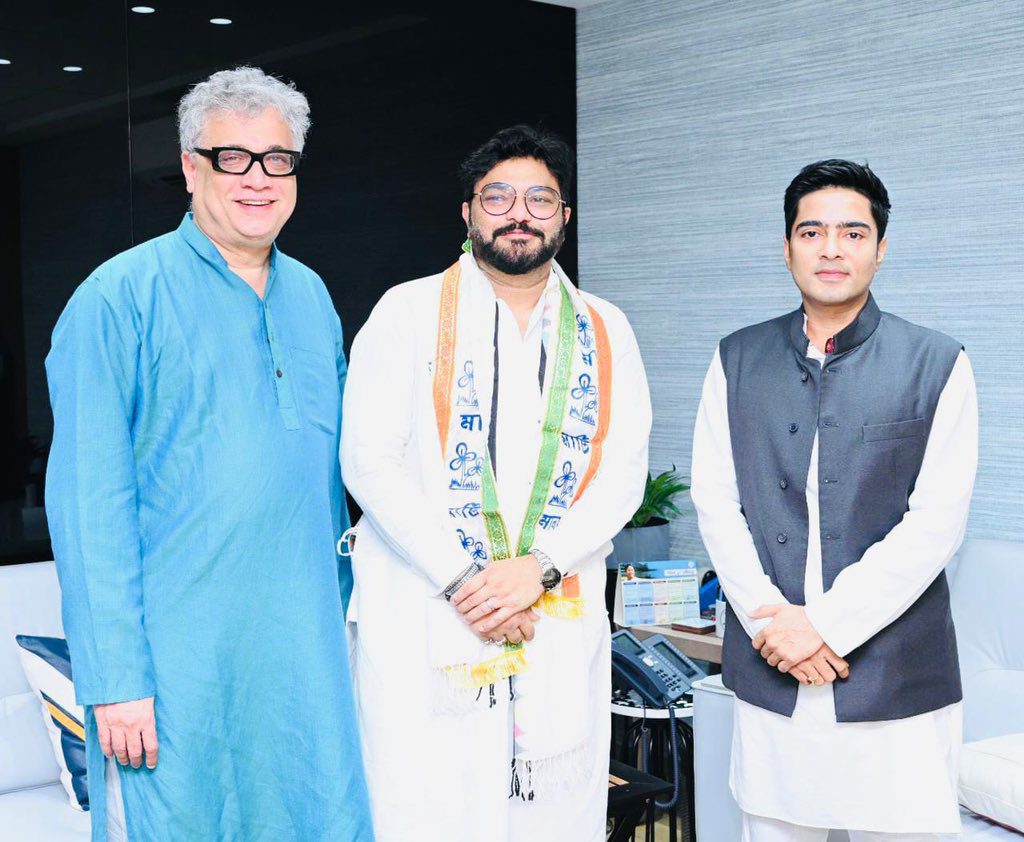 Asansol MP Babul Supriyo, who had recently resigned from Bharatiya Janta Party, has joined TMC in the presence of national leaders.

Few weeks before Supriyo had announced that he was quitting active politics, After meeting BJP President JP Nadda he dropped the idea of resigning as a Lok Sabha member. He said that “I would continue to discharge my constitutional responsibilities as a parliamentarian but withdraw from politics.”

TMC leader Kunal Ghosh said that”Many BJP leaders are in communication with TMC leadership. That are not satisfied with BJP. One (Babul Supriyo) joined today, another wants to join tomorrow. This process will go on. Wait and watch.”

This has brought a new twist in national politics. Many MP’s are quitting BJP and joining TMC. BJP couldn’t even recover from the loss of Bengal are losing its members to other parties. This has brought serious dent of PM Narendra Modi’s and Home Minister Amit Shah’s image as there were the masters of horse-trading, pouching MLA’s & MP’s fromare already migrating to other parties other parties. It is interesting to note that in most of the states, BJP has formed the government only by pouching MLA’s even after there hasn’t been any clear mandate for BJP.

There are rumors that several BJP leaders in Karnataka are expected to join back congress. The present Karnataka BJP government was formed after poaching 17 MLA’s from Congress and JDS party.