BJP Leader Behind Killing of Shiv Sena Leader in UP

BJP Leader Behind Killing of Shiv Sena Leader in UP 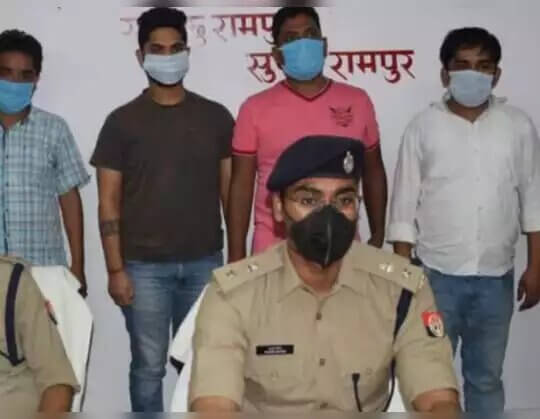 Four people, including Bharatiya Janata Party leader Chhatrapal, were arrested in the murder of former Shiv Sena district convenor Anurag Sharma in Rampur district of Meerut, Uttar Pradesh. It is being told that the Shiv Sena leader had given his wife’s jewelry as a help to Chhatrapal, who is struggling with the financial crisis. Chhatrapal allegedly killed the Shiv Sena leader for revenge and supremacy, avoiding pressure to return it.

In this murder he also got the support of his brother and two others. Chhatrapal’s wife is a Zilla Panchayat member and herself a former District Convenor of Bajrang Dal and is also a former District Minister of BJP. The police arrested four people, including the BJP leader. According to SP Rampur, Chhatrapal killed the Shiv Sena leader with complete planning. He also tried to distract the attention of the police. He became the main witness in the FIR for killing Anurag.

Not only this, he went to Anurag’s house every day after the murder. It is to be noted that Anurag Sharma was murdered on the night of 20th May. Anurag’s wife is a sitting municipal corporator. Anurag was shot dead and murder report was filed against unknown. The police revealed the case on Friday. SP Shagun Gautam said that the murder plot was made by Chhatrapal Yadav, who was close to Anurag. He chose two people who had enmity with Anurag.

The anger with Himanshu’s affection was that his father Hemant was murdered by Sunil Yadav. Sunil Yadav was friends with Shiv Sena leader Anurag Sharma. Sunil Yadav was accused of killing the father of accused Himanshu alias Babu. Anurag had compromised by putting pressure and kept Sunil with him, so Himanshu was also angry with Anurag.

According to SP Shagun Gautam, Chhatrapal Yadav’s financial condition was poor. He had also opened a chit fund company, which had losses. People were asking for money. The Shivsena leader also gave Chhatrapal his wife’s jewelry as a help. Anurag was now asking for the jewelry back. In such a situation, Chhatrapal had a plan to divert Anurag and establish his supremacy in the area along with his earnings.