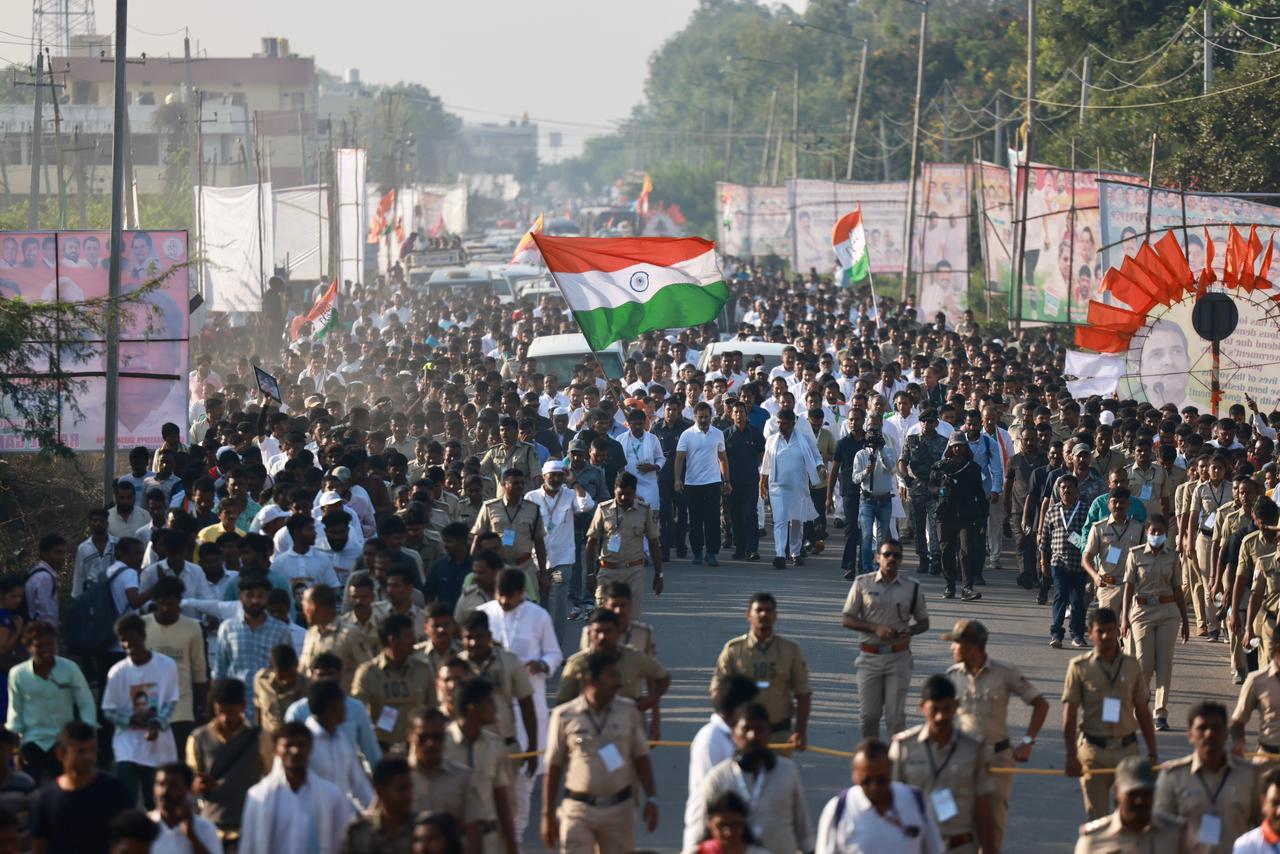 Bharat Jodo Yatra has had a great impact on the people of Karnataka, Kerala and Tamil Nadu.This yatra is with the common people, Rahul Gandhi interacts with farmers, feminists, practitioners, writers and many other people who are recognized by the society.

It is a message of solidarity for those who find a difference in disguise. It is a platform for farmers to voice their grievances. This is a yatra to protest the rise in prices by the masses. A platform for youth to ask for jobs. It is a yatra showing the pain of small businessmen who have not yet recovered from the shock of GST and Demonetisation. This yatra is also going smoothly despite several yatras causing communal riots. Bharat Jodo Yatra With the same enthusiasm, not even a moment of fatigue on his face, dressed in clean white clothes, Mr Rahul Gandhi, the hope of a great India, starts the padayatra with a smile as usual at 6.30 in the morning. The youth of the party accompanied the leader who was walking fast and accompanied the Yuvaraj at humongous numbers. There is such thing as the excitement that was crowded along the road, the children, women and old people who stood on the sides of the roads to catch a glimpse of the leader. Forgetting caste, everyone’s voice was one “Jai for Rahul Gandhi”. Rahul Gandhi left the main roads and stood looking at the beauty of the nature of the Lakes. He celebrated like a clapping little boy when he saw nature. Again they continued their journey. Having grown up in Delhi, as of now rural India, the lifeblood of this country, especially every village, its people, the air, and the life of farmers, women, agricultural workers and artisans. Those strong steps of Rahul Gandhi, who walks along the road holding the flag. Innocent children come running saying “Rahul”, smiling at them, mingling with one of them and sharing his affection with those around him, Irrespective of age, caste system, or gender status, everyone came and talked to Rahul Gandhi and hugged him, and the people of Karnataka were touched by the smile of the future of India.