Balbir Singh Sr.- An Iconic Player Who Made India Proud.

Balbir Singh Sr.- An Iconic Player Who Made India Proud. 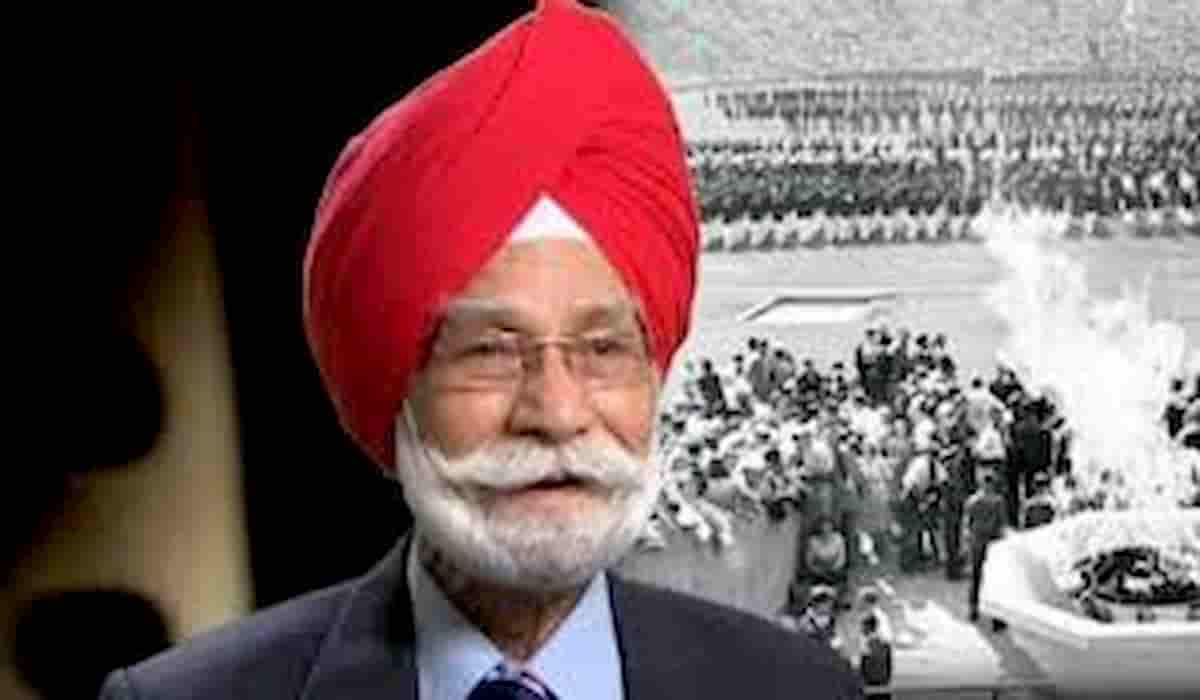 In 1948, A new India emerged in the Wembley Stadium marching as a free Nation holding tricolor in the opening ceremony of London Olympics.

Balbir Singh, shined as a brilliant debutant in 1948 London Olympics. The agression of this forward player on the field awarded Indian team three gold medals in the 1948 London Olympics, 1952 Helsinki and 1956 Melbourne, one after the other. Balbir scored 5 goals against the Netherlands in the 1952 Helsinki Olympics final, whose record still holds as the highest goals by an individual in World Cup Finals. No one can forget his epic knock in 1956 Melbourne Olympics final against Pakistan, where Balbir played with his fractured arm.

Born in Haripur Khalsa, Punjab on October 10, 1924, hockey meant more than a sport to Singh who retired from the Punjab Sports Department in 1982. Balbir was an astonishing player, his record of scoring the most goals in an Olympic final is still maintained. Balbir who was awarded the Padma Shri in 1957, was the first player to receive this honor and was manager of the only Indian team to win the Hockey World Cup in 1975. Singh scored 246 goals in 61 matches for India.

In 1965, Prime Minister Lal Bahadur Shastri appealed to Indians for contribution to the National Defence Fund, and Singh came forward to give away his Olympic medals. “The country’s troubled time was bigger than my Olympic medals. That’s why I donated the medals to the national defence fund,” Singh said later.

The three-time Olympic gold medalist, who was named among the 16 iconic Olympians at the 2012 London Olympics had such a great passion for Hockey that even his father’s death and wife’s hospitalization couldn’t stop him from attending the 1975 preparatory camp. The only day, he missed the camp was on December 29, when his father was cremated.

Singh also served as Secretary of the Punjab State Sports Council and Director of Sports in Punjab Goverment after his incredible hockey career, retiring from his duty in 1992. In 1997 he published his autobiography ‘The Golden Hat Trick: My Hockey Days’.

On 8th of last month, Balbir Singh was admitted in a Mohali hospital after suffering from multiple cardiac arrests. After two weeks of hospitalisation, the legendary player passed away on May 25, 2020. “Padma Shri Balbir Singh Sr. Ji will be remembered for his memorable sporting performances. He brought home lots of pride and laurels. Undoubtedly a brilliant hockey player, he also made a mark as a great mentor. Pained by his demise. Condolences to his family and well wishers.”, tweeted PM Narendra modi.

The iconic player who made India proud, brought 3 gold medals in Olympics left us with a question : Will people keep in memories, the players who brought such prestige and honour to our nation?