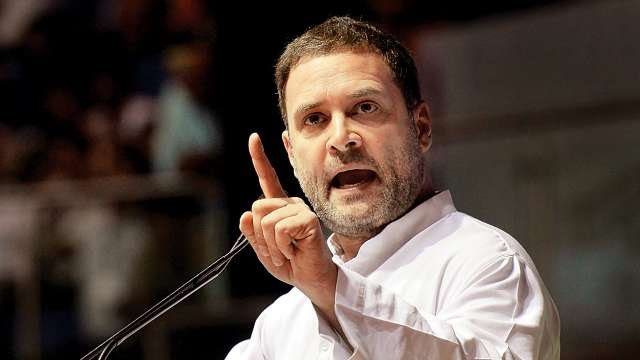 Congress leader Rahul Gandhi has hit out the government over Arogya Setu App over privacy concern.

In his tweet he has mentioned that the app, which has been made mandatory by the government for people in red-zone area, has been outsourced to a private operator. He claimed that the government lacked institutional oversight while using the app as this has raised serious data security and privacy concerns.

The Arogya Setu app, is a sophisticated surveillance system, outsourced to a pvt operator, with no institutional oversight – raising serious data security & privacy concerns. Technology can help keep us safe; but fear must not be leveraged to track citizens without their consent.

The Congress leader has further said that the technology can help keep us safe, but this app can let the third party track citizens without their consent.

Earlier the government has made the app mandatory for government as well as private employees. The app compiles user location and Bluetooth data to form a network of information to warn authorities of a potential spread of the virus.

“Use of Aarogya Setu app shall be made mandatory for all employees, both private and public. It shall be the responsibility of the head of the respective organisations to ensure 100% coverage of this app among the employees,” the ministry said.

The app has already registered over 50 million downloads on Google Play Store with over 3 lakh reviews. Apart from contact tracing, the application acts as a one-stop solution for spreading awareness about Covid-19, helping self diagnose users and provide latest updates.