Army Can Retaliate But No Guarantee of Pushing Back China

Army Can Retaliate But No Guarantee of Pushing Back China 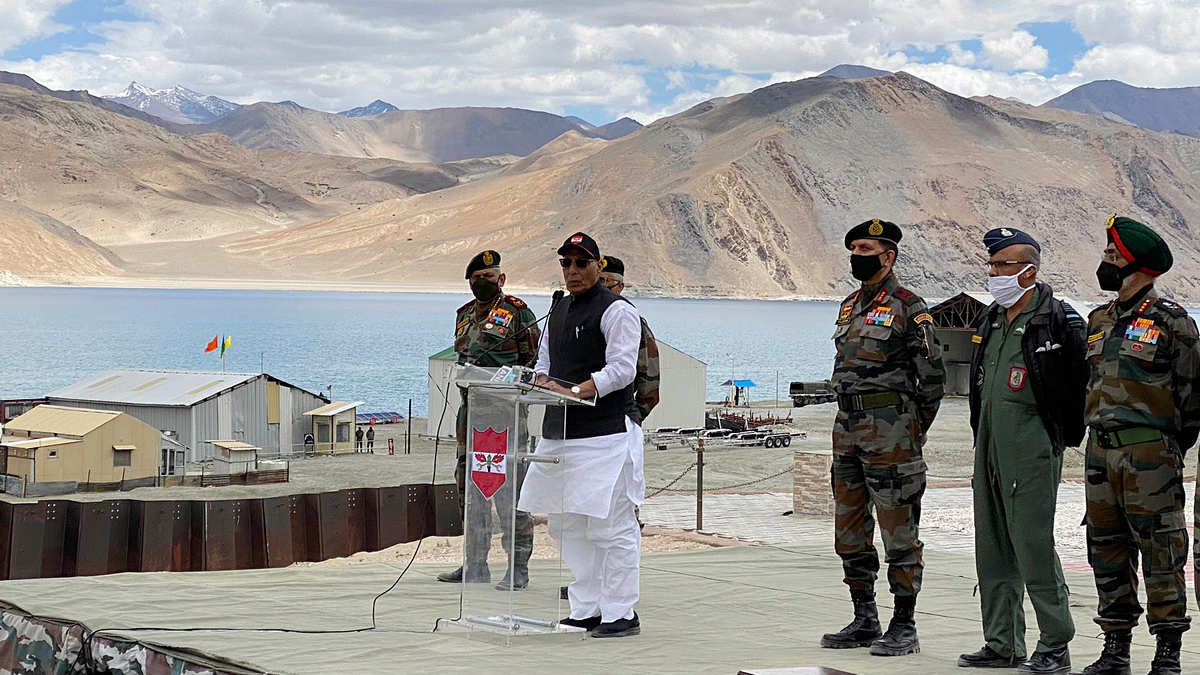 Rajnath Singh, on a two day visit to Ladakh after the India-China face off has for the first time admitted that the government’s negotiation to push back China from Indian soil has not succeeded completely. Rather, he admitted that there is not guarantee of pushing back China to the situation which was before April.

His visit has come on at the time when there is a limited progress on the talks between the armed forces of two countries and very little disengagement has taken place in three out of five places in the Ladakh Valley.

The only sector where disengagement is complete is in the Galwan valley, where the LAC position has shifted 1 km towards Indian territory, again benefiting China. The LAC, which traditionally used to run along PP-14, now runs through Y-nullah junction effectively.

A little disengagement has taken place in Hotsprings region, where there are still about 1000 PLA soldiers inside the Indian territory.

At PP-17A too, many of the 1,500 Chinese soldiers who had intruded across the LAC have now withdrawn, but several hundred remain a kilometre or so inside Indian-claimed territory.

Most of the Indian and Chinese soldiers who had confronted each other at Finger 4 in Pangong Tso north bank have now disengaged. While Chinese have pulled back to Finger 5, Indian soldiers have pulled back to Dhan Singh Post, which is more than 10 km from Finger 8, which Indian army used to patrol till April. Indian army has also vacated the Indo-Tibetian Border Police administrative base near Finger 3.

There is no disengagement in the Depsang sector where PLA has intruded about 16-18 km on the Indian side of the LAC. Indian troops can’t reach to PP 10, 11, 11A, 12 and 13. Also, China has refused to discuss any pull back from Depsang in all the four commander level meetings held so far.

It has been estimated by defence experts that China will be in a win-win situation even if it disengages as China has been able to convert an Indian holding territory into no-man’s land.