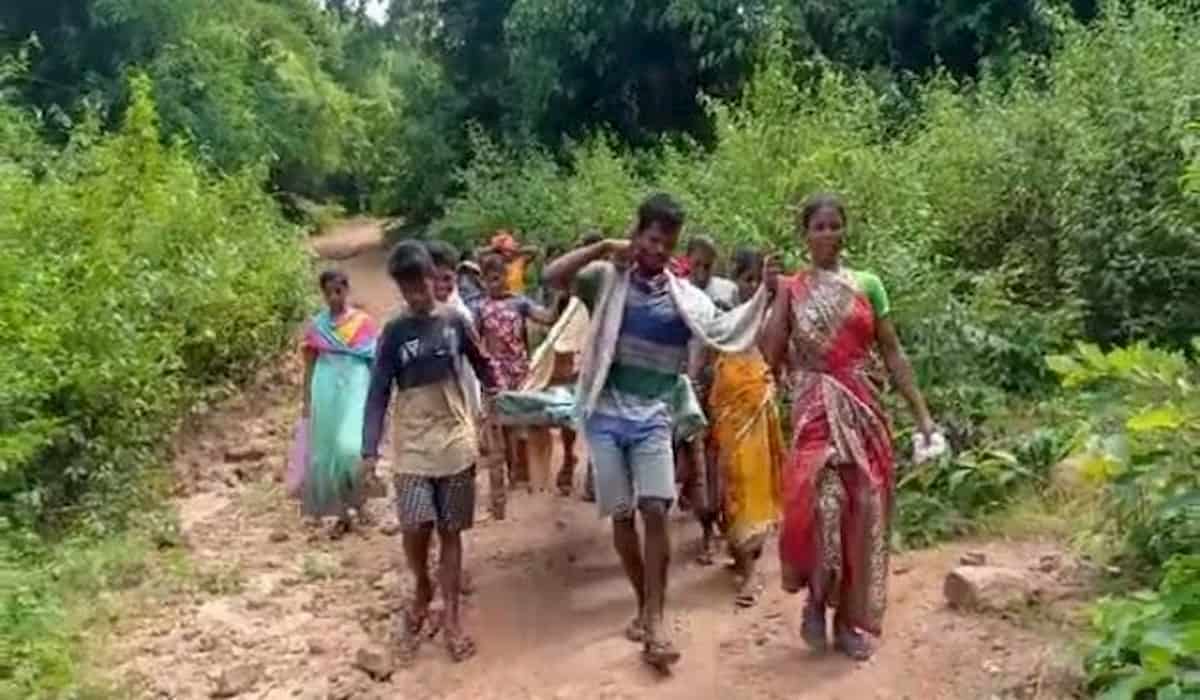 In the Vizianagaram district of Andhra Pradesh, a picture of the government’s poor system and helplessness of the common people has come out. Pallapu Dungda village of Daraparti Panchayat of S. Kota Mandal in Vizianagaram district had to carry a pregnant woman, who was suffering from childbirth due to lack of road, to the bed by the villagers for about 11 km.

Family members took Kasturi Demudamma, a resident of Pallapu Dungada Hamlet, to a hospital on a cot in the middle of a bumpy road. However, he also called for an ambulance, but nobody picked up. So the family and the villagers had no option but to take him from these rocky paths.

Villagers said that Dabagunta village, located ten-eleven kilometers from his village, has road facilities from where he took him to S Kota Government Hospital in an auto rickshaw. In this video it can be seen how the pregnant women are being carried by the villagers by hanging them.