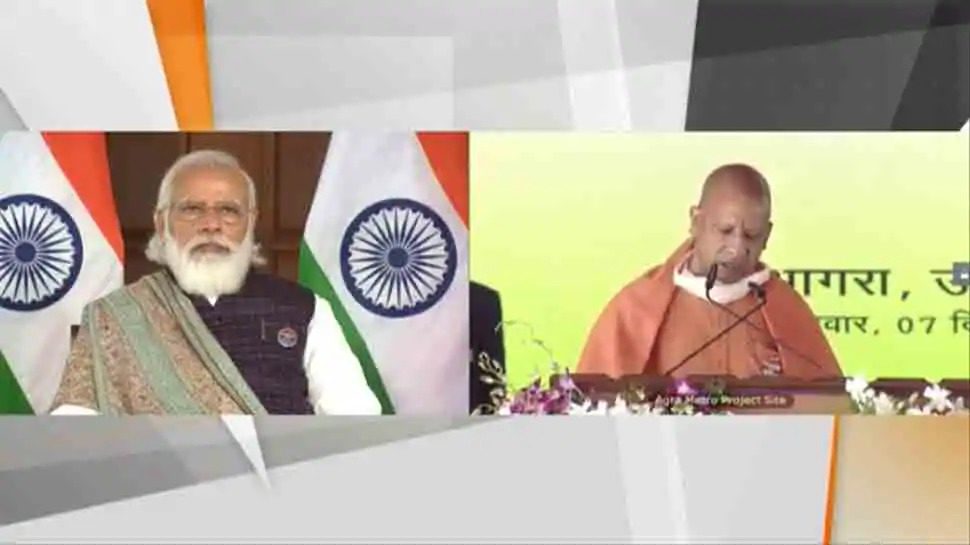 Prime Minister Narendra Modi on Modi inaugurated the construction of Phase-1 of the Agra metro project via video conferencing. If all goes well Agra is set to emerge as the 19th city in India to possess its own metro rail system by 2024. The ₹ 8,379 crore project will connect major tourist attractions like Taj Mahal and Agra Fort with railway stations and bus stands.

The Agra Metro will comprise of two corridors with a total length of 29.4 km. The length of Sikandra to Taj East Gate corridor will be 14-km long with 13 stations, six of which will be elevated and seven underground.

The Agra Cantt to Kalindi Vihar corridor will be 15.4 km long comprising of 14 stations, all of which will be elevated.

This metro project is set to benefit 26 lakh people of Agra and will also cater to more than 60 lakh tourists who visit the historic city every year.

Standard gauge (1,435 mm) railway tracks will be used to operate the metro system while 750-volt DC third rail will be used for traction. The average speed of the trains is expected to be 29.4 km/h with the capability of operating at a top speed of 90 km/h.