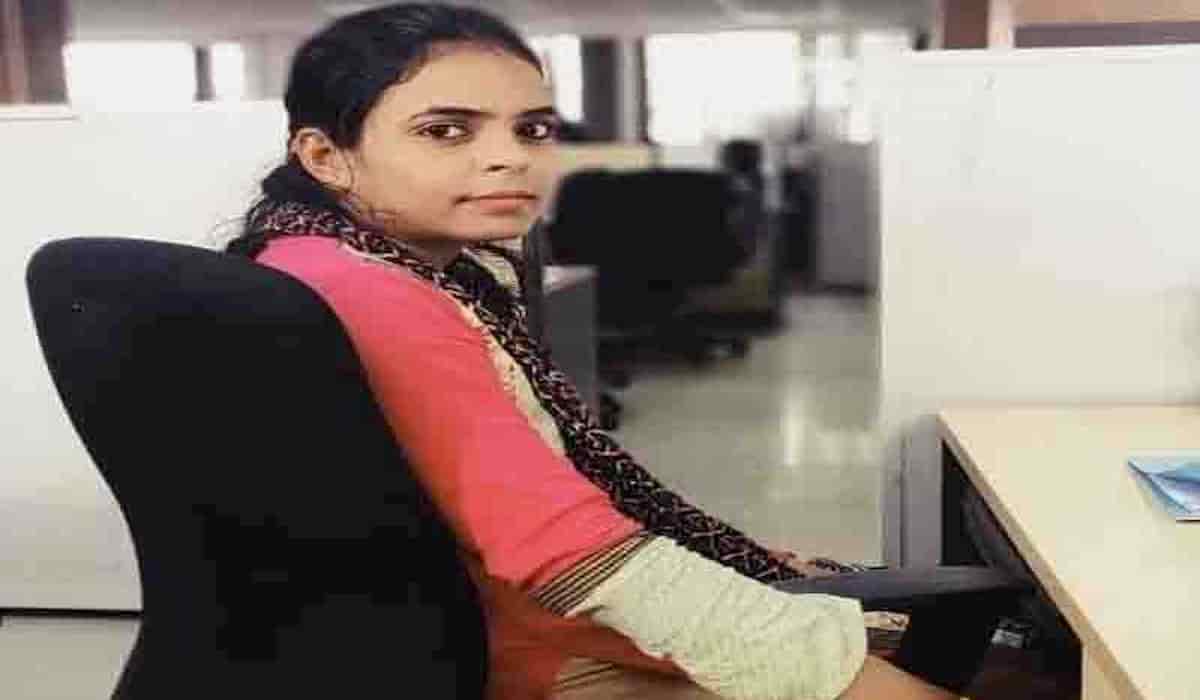 Priya Kumari, a renowned national level table tennis player was injured in a road accident, on Wednesday, battles for her life for the fourth day, but the driver of the vehicle is still far from being caught. A black colored new Nexon car, without a number plate but carrying a political party’s flag had hit the young player on Wednesday, while she was returning home on her two-wheeler in Patna.

The police was successful in seizing the vehicle from the accident site itself. Since then, there were talks of suppressing it for being a VIP case. This discussion has also got some weight as the vehicle was covered by the sheet of tarpaulin on Sunday at a traffic station in Gandhi Maidan. In this case, Gandhi Maidan Traffic Station Head said that there is no information about the owner. Traffic SP and other senior officials could not be contacted despite efforts.

Priya’s father Jagdish Prasad Sinha said that his daughter, working as a lower-class clerk in the building construction department, was returning from office to her residence in Kadamkuan on Wednesday evening. At the same time, her Honda Activa Scooty was hit by a vehicle coming from the boring road near the High Court turn. Due to the impact, she fell on one side of the road. The driver ran away immediately from the scene after leaving the car. Later, police carried the injured girl to PMCH in the same vehicle.

When her health did not improve for two days, the family brought her from PMCH to Tara Nursing Home. However, her condition is still quite serious. Priya’s father also expressed concern that the traffic police is still not able to tell who was the driver of the car, while the police can easily find the vehicle owner on the basis of the vehicle’s chassis number.