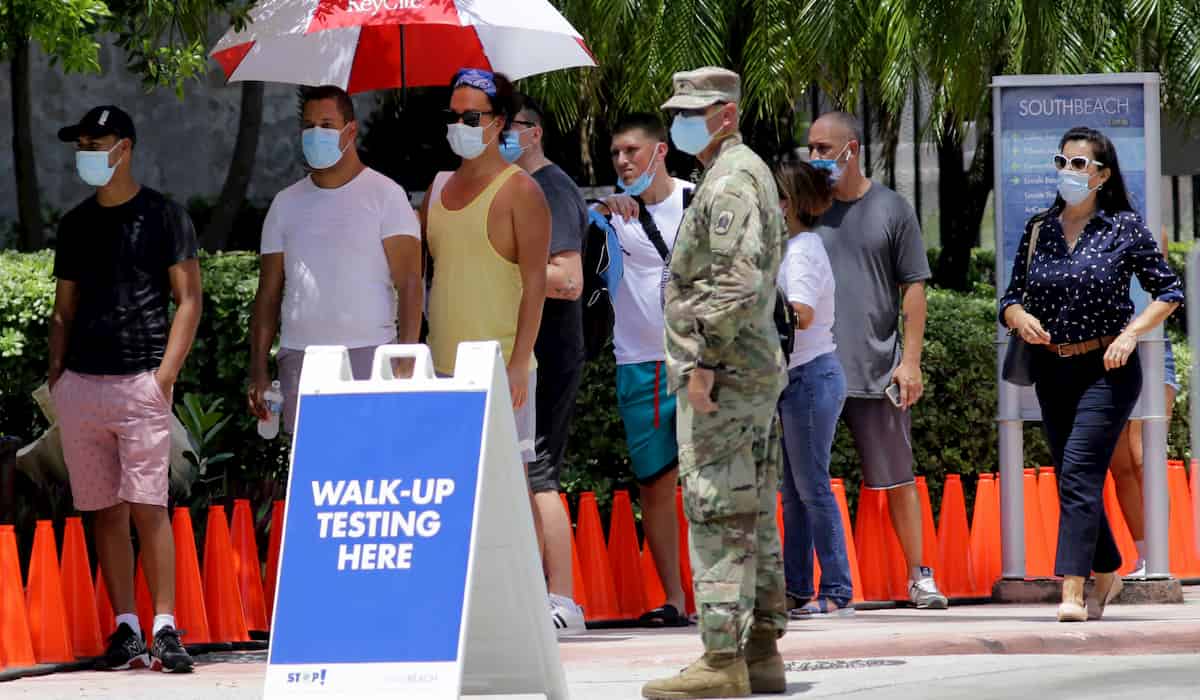 While the number of corona infects in the world has crossed 13.9 million, the number of deaths has also crossed 5.93 lakh. The United States and Brazil are the most affected. In the US, where 77,000 infected were found in a single day, 969 people died during this period. More than 1,000 deaths are occurring every day in Brazil. Officials here have said that there is a shortage of coffins.

The United States has recorded 77,217 new cases in the past 24 hours, breaking its own record in cases of infection. This is the highest number of cases in a day since the outbreak. On July 10, 68 thousand cases were reported here. The most affected here is New York, where 4,31,380 have been found infected.

In Texas and Arizona, they are being sent out for burial as the bodies are finished. On the other hand, authorities in Brazil have said that there are shortages of coffins in many places as the death toll is steadily increasing. It is getting harder to control in the Amazon rainforests. While the number of infected in the country has crossed 20 lakhs, more than 76,000 people have lost their lives.

Israel has decided to once again introduce extensive sanctions in the country as Corona virus cases are rising. Restrictions include closing several businesses on weekends and limiting all restaurants for takeout and delivery.