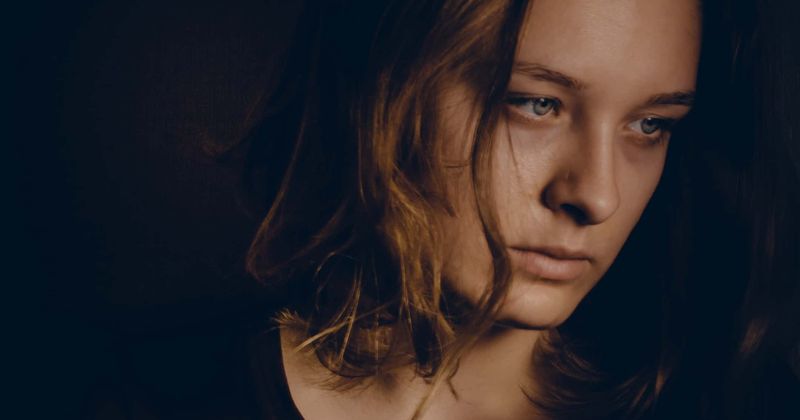 Summary
I 1. It feels like he’s the only one who will love you
II 2. You always doubt your decisions
III 3. You can’t turn to your loved ones for fear they’ll judge you
IV 4. You don’t have the confidence to leave because he broke you
V 5. You have become dependent on him in every way
VI 6. You don’t know what others will think about it
VII 7. He manipulates you into staying – Every. Single. Time
VIII Author

Whoever thinks it is easy to get out of a toxic relationship clearly has no idea of the turmoil that you go through. The constant manipulation, the incessant belittling, the intense doubt – it hits you with a ton of force. But even as others might tell you to stop doing that to yourself, it’s easier said than done. And it’s usually because of these seven reasons:

1. It feels like he’s the only one who will love you

Before, you didn’t need anybody to make you feel like you were worth it because you knew you were. At the start of this relationship, you took no quarter from anyone, including him. But slowly, his insults disguised at compliments began to turn you. He listed out every single one of your faults under the garb of “I’m only doing this for your own good.” Now, you actually believe that no one else would love you. And that’s because you think he loves you despite all your faults.

2. You always doubt your decisions All his gaslighting makes you feel like you can’t make your own choices. He always found a way to make you wonder if you were even smart enough to do anything on your own. Where you used to be able to see the path ahead of you clearly, now all of it is muddy. And being with him makes you find it hard to make a solid decision, even the one where you walk away from him and go back to your own life.

3. You can’t turn to your loved ones for fear they’ll judge you

Somehow, in all the time you’ve been with him, your bond with your loved ones has become weak. With him constantly demanding your time and attention, you ended up pushing your family and friends to the side. Now that your relationship with them has lost its strength, it’s frightening to turn to them because you fear they’ll judge you for still being with him and ignoring them. And one of your greatest worries is that they won’t accept you back into their fold.

4. You don’t have the confidence to leave because he broke you Confidence used to be the name of your game. You knew what you wanted and took it. But after being with him, you have no idea where that confidence went. So when it comes time to take the decision to leave, you don’t have theconfidence to. It’s not that you don’t want to get out of this toxic relationship, but when he has stripped you down so much, it isn’t easy.

5. You have become dependent on him in every way

Whether it’s financially or emotionally, you’ve become dependent on him. You feel like he’s the only one who will be there for you when you need it, even if logically you know that he’s not always there for you. You’ve set into a routine of catering to his whims and fancies and because of his habit of withdrawing his love when he doesn’t like something, you feel the need to appease him. If you have kids with him, this only makes it more difficult, because you feel you need to stay with him for their sake.

6. You don’t know what others will think about it When you were single, you didn’t give a hoot about what anyone said or thought about you. But with him, you fear being judged by others who see your relationship as perfect because he makes it seem that way. You worry about whether others will ostracize you for leaving or hurting such a “perfect” partner. As a result, you end up staying with him because you think it will save both him and you the embarrassment.

7. He manipulates you into staying – Every. Single. Time

Yet, the moment that you ignore all of the fear and worry and take the step to back out from the relationship, you can’t. Because he will say something that will have you wondering if you are overreacting. A good memory, a laugh, a moment that bonded you – all of it is at his disposal and he ruthlessly uses it to keep you hanging on to him, making it near impossible to leave.