40 Injured in A Chemical Factory Blast at Gujarat’s Dahej

40 Injured in A Chemical Factory Blast at Gujarat’s Dahej 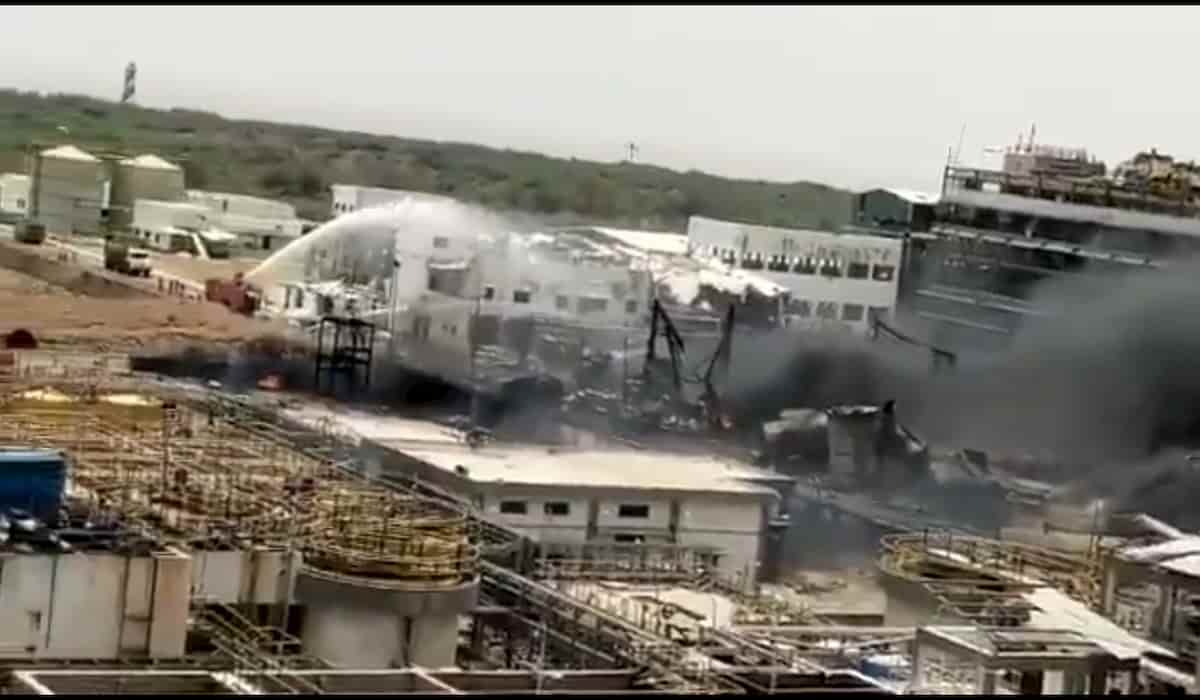 A boiler at Yashasvi Chemical Factory Blasted in Dahej area. 5 people were killed and 40 injured in the accident. The scorched workers ran out of the factory after the blast. P]

Smoke rising from the factory is being seen from a distance. Here 10 fire engines are engaged in extinguishing the fire. People told that the ambulance was also called, but she did not arrive on time. Due to this, the burnt workers continued to suffer. The surrounding areas have been sealed after the blast.

Bharuch Collector MD Modia told that 35 to 40 workers are burnt in this accident. Efforts are on to extinguish the fire. All the injured have been admitted to the hospital in Bharuch. Lakhi and Luwara villages near the factory have been evacuated. This is a precautionary step, as there is a danger of spreading toxic chemicals in the surrounding areas after the explosion.