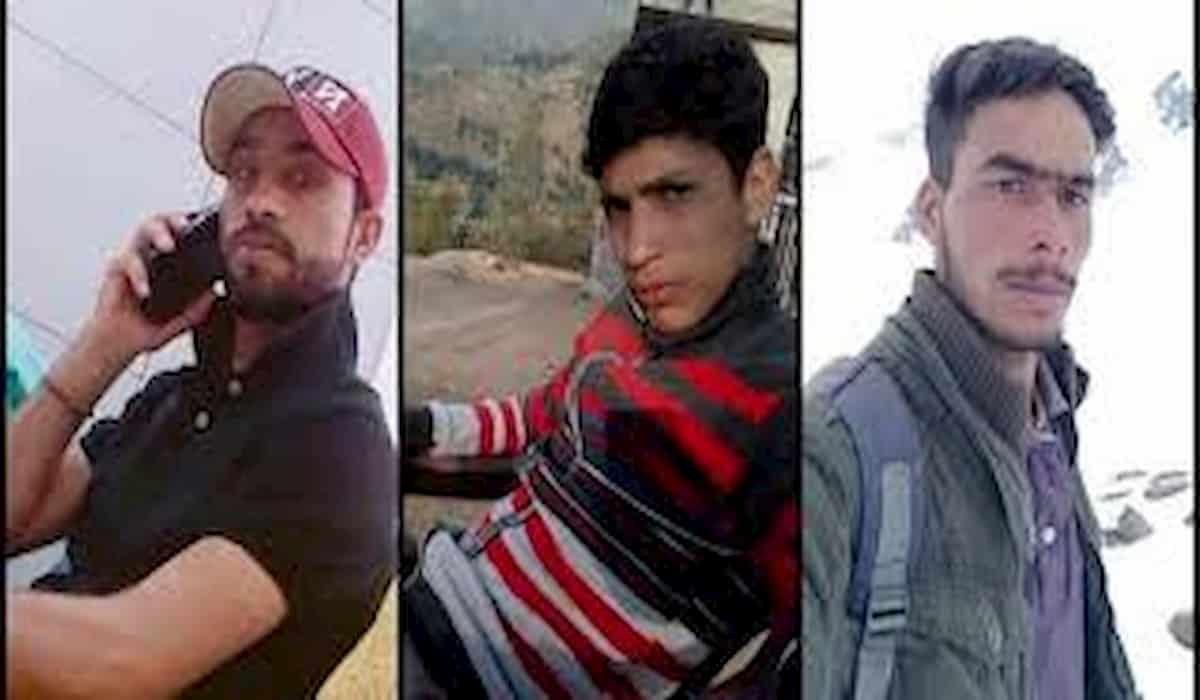 Three youths who went to Shopian in Kashmir from two villages in Kotorianka area of ​​Rajori have gone missing. The father of a young man has lodged a report of his disappearance on Sunday at the police station located in Padi. The father of the young man alleges that one of the young men killed in the encounter that took place on July 18 in Shopian is also his son.

It is said that Abrar Ahmed son Bagga Khan, resident of Dhar Sakri of Kotranka, Imtiaz Ahmed son Sabar Hussain and Abrar Ahmed son Mohammad Yusuf resident of Tarakassi, went to Kashmir Valley on 16 July for wages. On July 17, he reached and called Shapian. After that, when they did not get any phone for two days, the family tried to contact them themselves, but the three had their mobiles switched off.

The missing Ibarr’s father, Mohammad Yusuf, said that one of the youths is his, a sister-in-law and son-in-law.

Yusuf said that on Sunday, a person from Srinagar sent him photos of three youths killed in an encounter, and they identified one in the photo, who is his sister’s son Imtiaz. The faces of the remaining two are not identified by being badly injured. According to Yusuf, he had come to meet Deputy Commissioner Rajori on Monday to seek permission to visit the Kashmir Valley, but DC refused to allow him, citing bad weather and Covid-19.

According to family members, the phones of the three youths have been coming off for 25 days. They do not even have any address. They are afraid of something untoward. Mothers of missing youths are in a weeping state. There is weeds in the whole house.

There is sorrow and anger among the people after the news of the disappearance of three laborers together. Social activists Guptar Chaudhary and Sarpanch Farooq Inquilabi have said that if the missing laborers are not detected soon, vigorous demonstrations will be held on the streets.