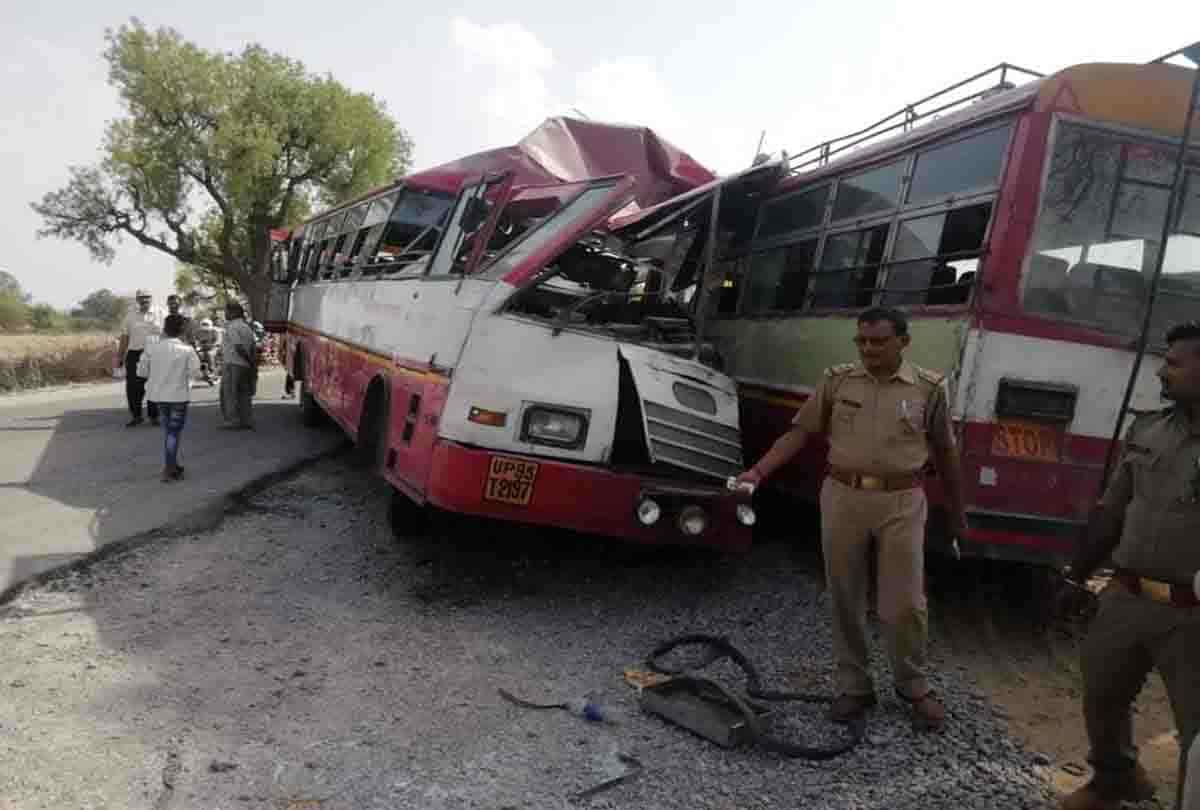 A truck full of migrant laborers overturned on Monday night on the Jhansi Mirzapur highway near the bend at Mahua village in Thana Panwadi. Three women on the truck were killed in the accident. More than 12 people were injured. The police have admitted the injured to PHC Panwadi. Police removed the damaged with the help of a crane by straightening it out. The traffic system was then smooth. The rear left wheel burst of the truck has been cited as the cause of the accident.

25 migrant laborers were coming to Mahoba from Delhi by truck. The truck arrived near Mahua Mor at 9:15 pm. Then his rear wheel broke. Due to this, the truck became unbalanced and overturned. Migrant laborers were buried under him. Hearing the scream, the people around reached the spot and took the injured out to the hospital. Pushpa resident of village Chakka of Mahoba. Heera 30 wife Prem Prakash resident Pav Srinagar Mahoba and Kharela, Mahoba resident Dayaram’s wife Santoshi.