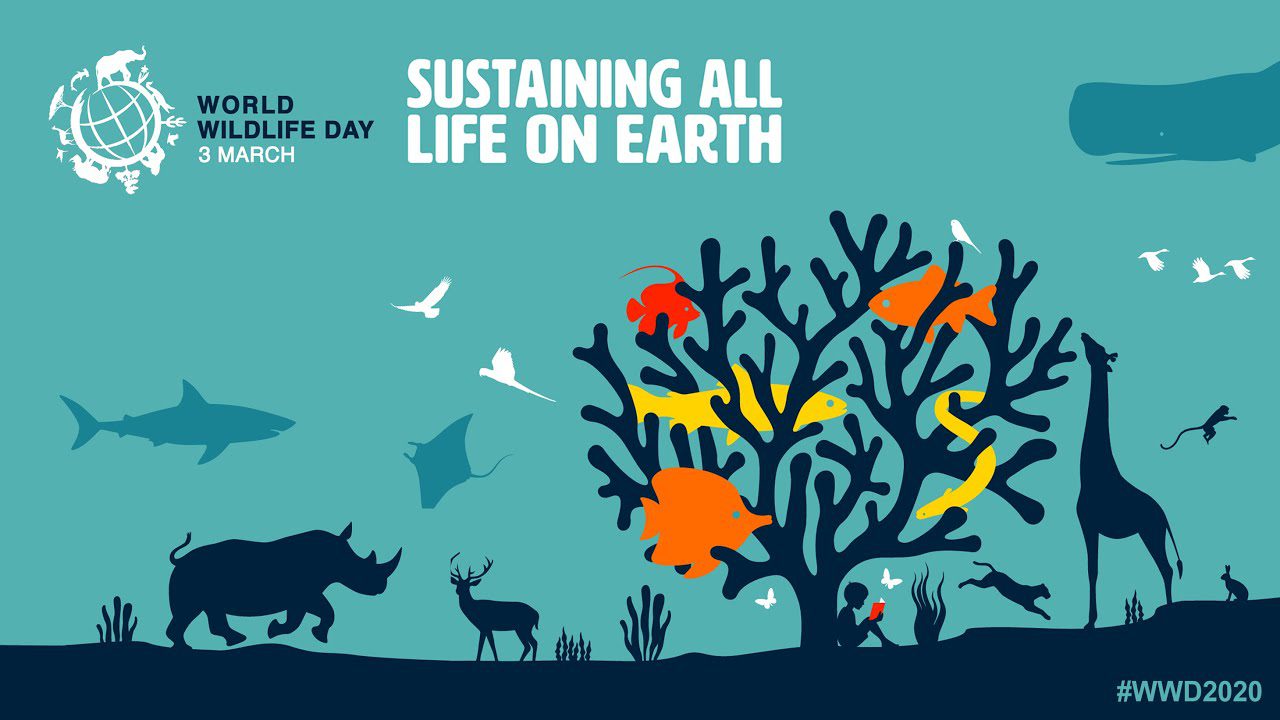 Humanity is weaved into “the rich tapestry of life that makes up our world’s biological diversity”, said Secretary-General António Guterres . “All human civilizations have been, and continue to be, built on the use of wild and cultivated species of flora and fauna, from the food we eat, to the air we breathe”.

And yet, today, close to a quarter of all species on the planet are in danger of becoming extinct in the next few decades.

“It seems that humanity has forgotten just how much we need nature for our survival and well-being”, he bemoaned.

As the world population and its needs continue to grow, people insist on exploiting natural resources – including wild plants and animals and their habitats – “in an unsustainable manner”, said Mr. Guterres.

He pointed out that in its 2019 Global Assessment, the Intergovernmental Panel for Biodiversity and Ecosystem Services (IPBES) highlighted how the current global rate of species extinction is not only rampant, but accelerating at a rate that is “tens to hundreds of times higher” than before human beings walked the earth.

“By overexploiting wildlife”, the UN chief said, “habitats and ecosystems, humanity is endangering both itself and the survival of countless species of wild plants and animals”.

On this World Wildlife Day, Mr. Guterres urged everyone to “remind ourselves of our duty to preserve and sustainably use the vast variety of life on the planet”.

“A world of thriving biodiversity provides the foundation we need to achieve our Sustainable Development Goals (SDGs) of a world of dignity and opportunity for all people on a healthy planet”, concluded the Secretary-General.

The theme of World Wildlife Day 2020, “Sustaining all life on Earth”, encompasses all wild animal and plant species as a component of biodiversity. It also shines a light on the livelihoods of people, especially those who live closest to nature.

The day particularly aligns with SDG-1, to end poverty in all its forms everywhere; SDG-12, to ensure sustainable consumption and production patterns;  SDG-14, to conserve and sustainably use the oceans, seas and marine resources for sustainable development; and SDG-15, to protect, restore and promote sustainable use of terrestrial ecosystems, sustainably manage forests, combat desertification, and halt and reverse land degradation and halt biodiversity loss.

Known as “biodiversity super year,” several major global events spotlighting biodiversity will be convened as a unique opportunity to deliver transformative progress for the conservation and sustainable use of wild plants and animals.

Back in December 2013, the General Assembly decided

to proclaim 3 March as World Wildlife Day to celebrate and raise awareness of the world’s wild fauna and flora.

The date marks the day that the Convention on International Trade in Endangered Species of Wild Fauna and Flora (CITES) was adopted in 1973 and continues to play an important role in ensuring that international trade does not threaten the species’ survival.

Meanwhile, Inger Andersen, Executive Director of the UN Environment Programme saw the day an opportunity to raise “urgent awareness about the plight of nature, the plight of wildlife, and what this means for human wellbeing and the planet”.

“Science tells us that nearly one million out of the nearly eight million species on our planet face the threat of extinction”, she said. “We are losing species at an average of 1000 times the natural extinction rate. This is a catastrophe we simply cannot afford”.

For her part, CITES Secretary-General Ivonne Higuero pointed out that “humans around the world benefit every single day from wildlife”.

“Since time immemorial, we have used wild plants and animals for out most basic needs: from the air we breathe, to the food we eat, to the materials we use for shelter and comfort”, she said.

However, she flagged that more and more, “the unsustainable exploitation of wild fauna and flora and their ecosystems is threatening their survival”.

“Every single piece of the puzzle of life is essential and losing even the smallest of these pieces leaves us, and the entire planet, poorer”, maintained Ms. Higuero. “When human actions endanger hundreds of thousands of species, as they are doing today, it is the entire biosphere – of which we too are a part – that is threatened.